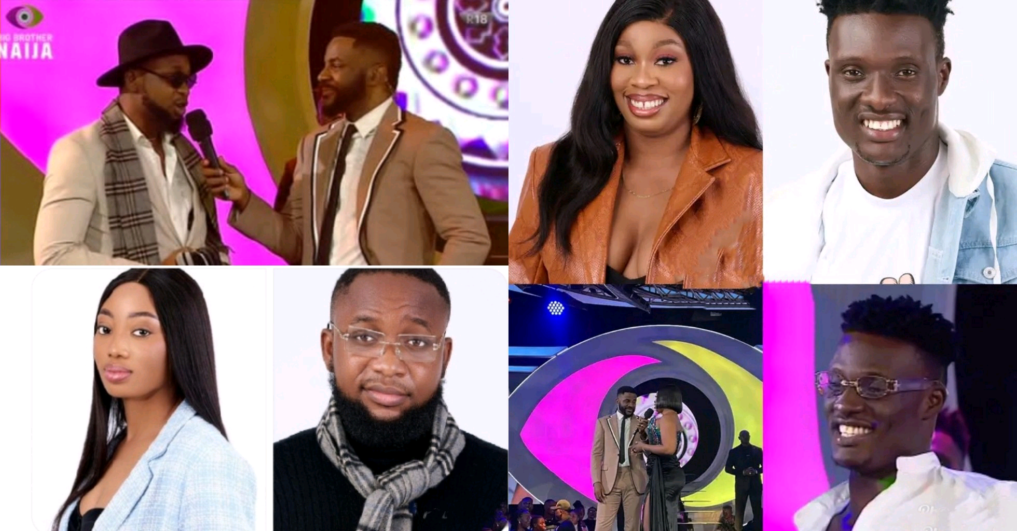 The BBnaija show just got more interesting as Biggie has introduced two new housemates to spicy up the game.

The two housemates were introduced at the live Eviction show after Christy-O and Cyph were evicted from the game after being put up on Monday.

In a new twist, Biggie has introduced two more housemates, Chizzy and Rachel to spice the show up as the Level-Up contestants cruise through the third week on the show.

This shocking development came right after Beauty’s sudden disqualification for breaking Biggie’s rules in the house.

Unknown to others, Chizzy and Rachel are riders aka Biggie’s agents, this means they can be nominated but won’t go anywhere until the last day.

Housemate 28, Rachel was ushered onto the stage amidst shouts from excited live viewers. She revealed that she is excited to be on the show and she is going to play the game. Level 1 housemates welcomed her into the house.

Chizzy showed off his dance steps onto the stage to Ebuka. According to him, ‘no be who first start the race dey win’. He was welcomed by Level 2 housemates.