This comes after the show took a different turn following the Sunday night eviction which saw Kess and Pharmsavi evicted.

After the eviction, Biggie announced the Levels’ cancellation and instructed the housemates to move into the bigger house, where they are expected to fight for their place in the game.

Amid the merge, there was some minor drama after Deji gave Diana a wardrobe space in an attempt to reserve a spot for his close friend, Chichi.

This did not go down well with Chichi, who seems to have strong feelings for Deji. Diana picked up on Chichi’s mumbling and this led to an ugly confrontation between the ladies.

Reacting to the constant misunderstanding, Do2dtun took to Micro-blogging platform, Twitter to air his opinion.

“The Big brother this year have the most meaningless fights. All They fight over is Man, food, Man, Man and Man.” 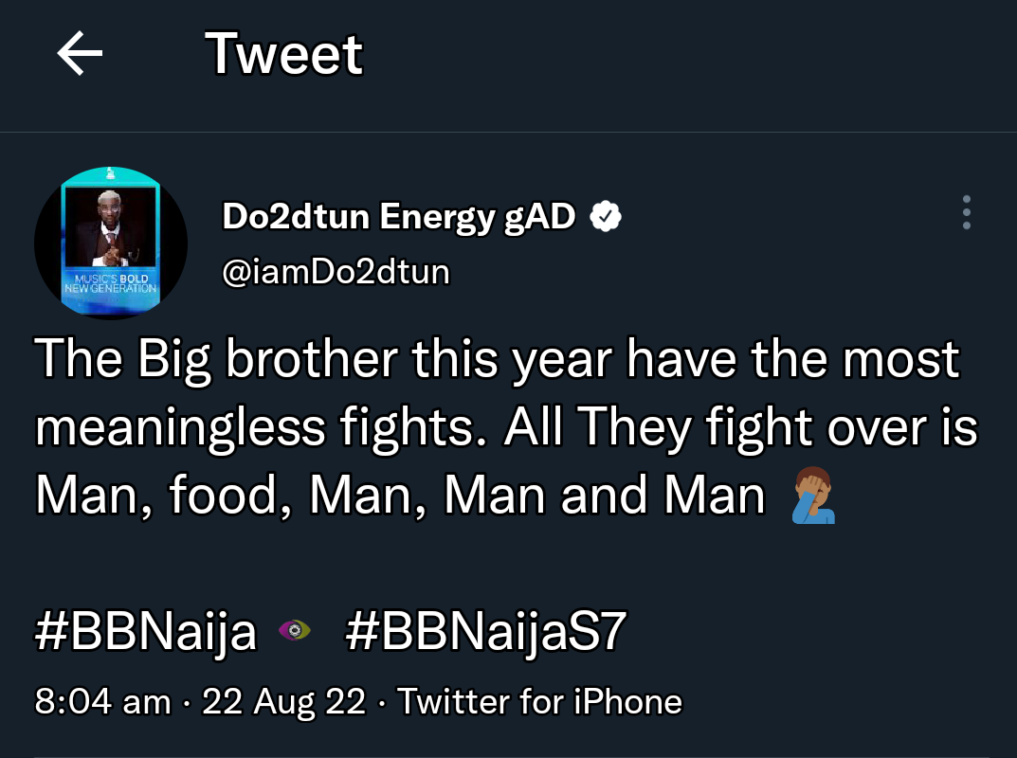 See below some of the replies from his followers

@jokelawal29: Like it’s tiring, fighting over food can even be understandable cos food usually cause fight, but fighting over men yet you will hardly see the men do same

@Peaugot504: If to say na only food e for make sense

@blackoyin: What do u want them to fight about pls

@Girll_NextDoor: I don Taya to watch…I think I need to quit till dey get to top 10.

@Omalicha_Ego: I no understand again…. Did they gather sex addicts for the house….

@Nolutha42393563: What do you want them to fight over ?? The economical and political state of the world ?