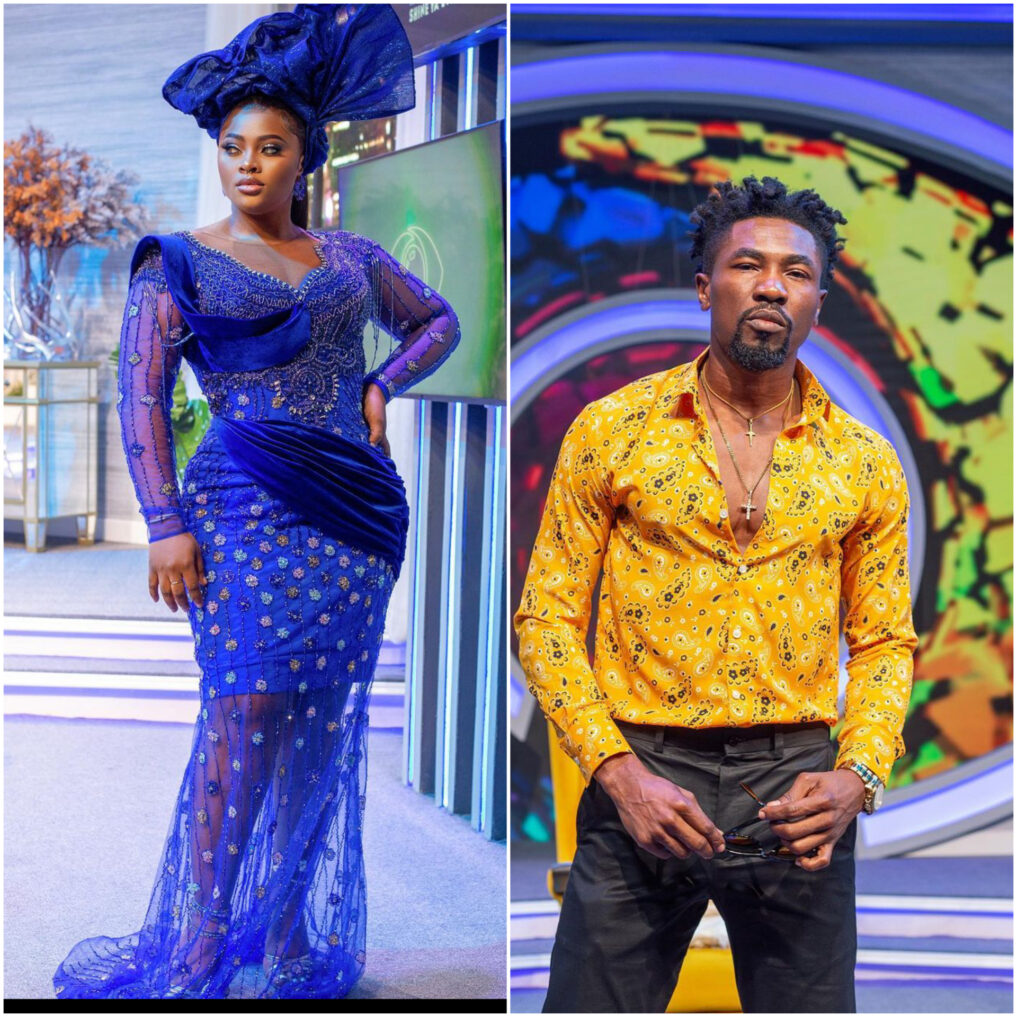 The latest episode of the Big Brother Naija Season 6 reunion was a lot to take in. Boma has revealed why he got intimate with Tega while in the BBNaija house.

The host, Ebuka Uchendu played back clips of Boma’s time in the house with Tega, where they got very intimate.

Reacting to the clips, Boma wasted no time in affirming that he made love to Tega but it was all for the game.

He said, “We had a genuine friendship everything that happened was just part of the game”.

Boma went on to add that at that time, he knew that Tega was no longer with her husband which was why he went right ahead with her. “
“I knew Tega was separated from her husband which nobody else is aware of and that’s why I had the confidence to do what I did with her.”

READ ALSO: Boma opens up on why he became intimate with married housemate Tega

Tega emphasized that everything she did with Boma in the house was pure cruise and she was already separated when she went into the house.

She said, “I went into the BBNaija house separated not married and everything I and Boma did was pure cruise no feelings attached.”

Glamsquad Magazine recalls that Boma and Tega caused a stir on social media during their stay in the Big Brother Shine Ya Eye house.

The duo who got intimate during their stay in Biggie’s house were trolled for their actions after they were evicted. They tendered their apology on their media rounds.

Meanwhile, Beatrice and Maria fought dirty. The former aired her displeasure over how controlling Maria was while in the house.

She called Maria controlling for asking her to buckle her shoes and get her water while she was in the house.

Beatrice said, “She was really controlling. I don’t like things like that. I don’t want her to control me… The fact is I don’t like Maria.”

Things escalated between the two and took a different turn when Beatrice shaded marrying for sleeping with a married man.

Beatrice called Maria a husband snatcher and Maria hit back at her.

She asked Beatrice how many men she has been with since they left the house and rather than for Beatrice to answer her question, she decided to pull off a Will Smith by attacking Maria.

Fortunately, housemates held her down and tried to calm the situation from turning messier.

Maria said, “I’ve been with just one man for years, how many have you been with since you left the show?”.

See the video below;