Paul Ephraim better known as Jaypaul, one of the recently evicted Big Brother Naija Season 6 housemates, has revealed why he gave his love interest, Tsakute Saskay Jonah simply referred to as Saskay, flowers while he was still in the house.

The 29-year old budding musician made this known during his post-eviction interview with the show host, Ebuka Obi-Uchendu.

It would be recalled that JayPaul, who had earlier declared his love for Saskay, a model and fine artist, surprised her with flowers on Wednesday night.

He bought the flowers with his 500 Abeg Naira.

Speaking during his interview, he said he sent her flowers because she has never had one.

“The reason why I got her flowers is she’s a beautiful girl. 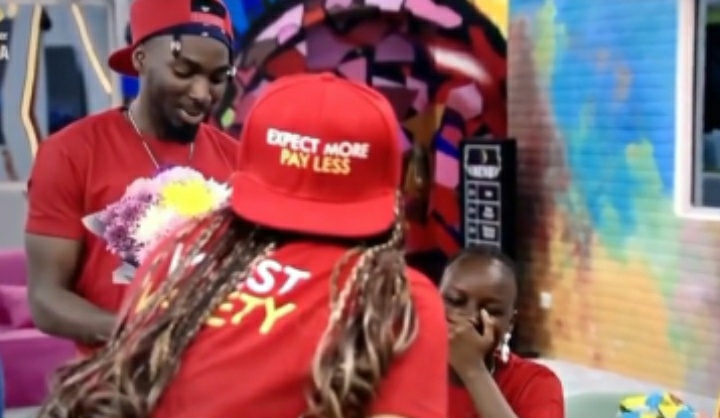 ”She has also had a fair share of relationships but she never had flowers and that’s strange because she’s a beautiful girl and she deserves them.

”So I said to myself, maybe I should ask Big Brother and surprise her with flowers,” he said.

Saskay and Jaypaul had grown so close especially in the past week before JayPaul was evicted.

They also kissed passionately after the Saturday night party.

Recall that Saskay said she felt like a widow following her love interest, JayPaul’s eviction on Sunday, September 12.

0
Ifeanyichukwu Ngere September 14, 2021
No Comments Yet

BBNaija S7: “So It Was Paining You” – Whitemoney Shades Tega As He Defends Phyna’s ‘Loud Behavior’

BBNaija S7: All They Fight Over Is Food & Man – OAP Do2tun Slams Housemates