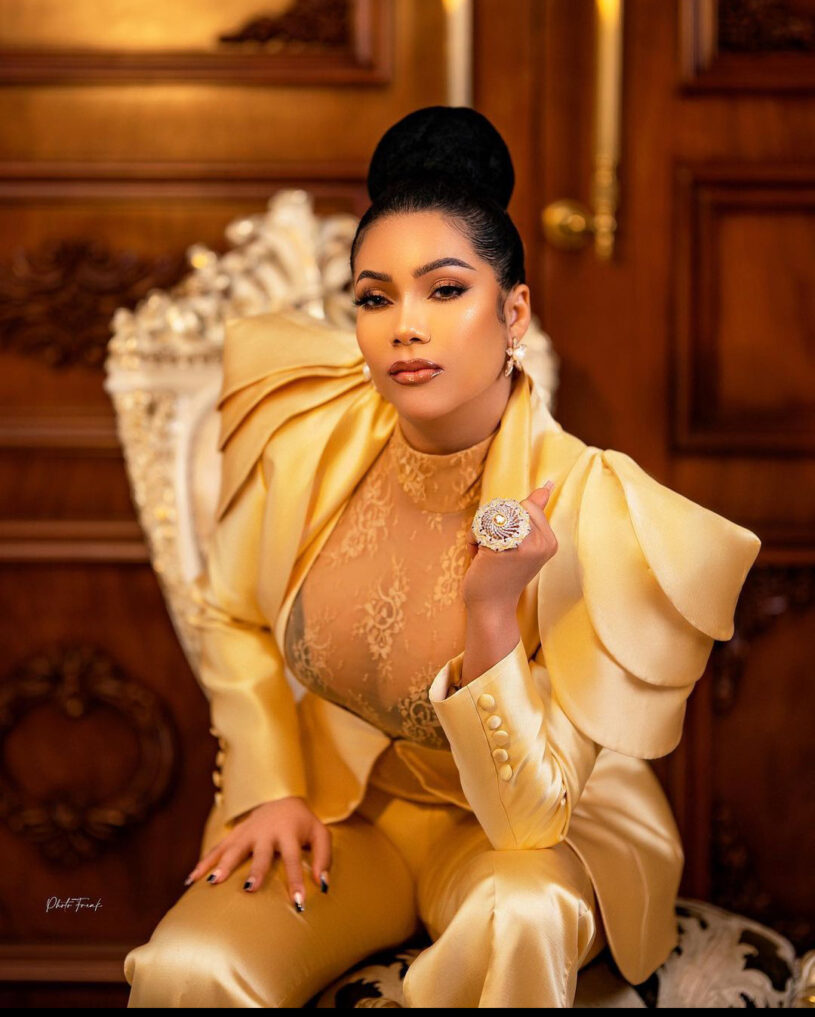 Reality TV star, Maria Chike, has dropped two cents about what she thinks of marriage.

The Big Brother Naija season 6 ex-housemate said that marriage was a scam and noted that she will only have children when she is ready.

The 30-year-old was responding to a fan on the Micro-blogging platform, Twitter who called on her lover, Kelvin, to propose to her.

The fan, identified as @chikesquad, noted that when Kelvin proposes to Maria, the Intensive Care Units in hospitals would be flooded.

“Kelvin should just propose if he has not done that yet. ICUs will flood.”

“I don’t want to get married though. That’s the truth! Marriage is a scam. I do want babies soon though when I am ready.”

Another fan jokingly said it’s a must maria gets married because she must wear Aso Ebi. 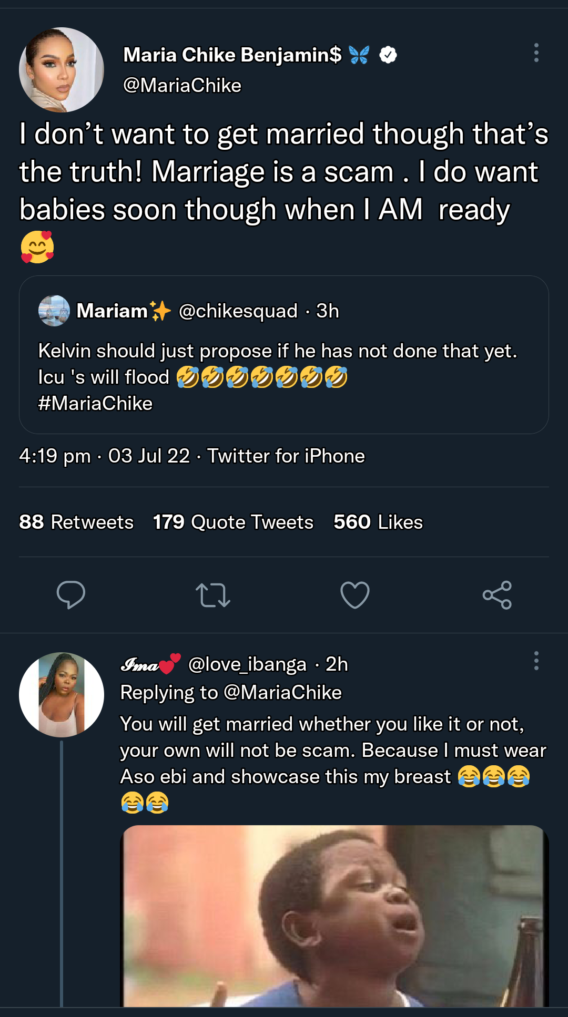 Maria, who is currently on vacation in Santorini, Greece, had earlier announced that her lover added one more destination to her tour.

“He just added one more destination to this vacay! I’m done, I can’t. My clothes won’t be enough!

“Can you stop carrying me on blogs? The more you do, the more he wants to show me off! Stop it! I need my bed back in Lagos or Dubai.”

READ ALSO: See What Toyin Abraham-Ajeyemi Did To Once More Dispel Rumour Of Marital Crisis (Video)

Glamsquad recalls that last year, Maria was dragged on social media after she was accused of allegedly snatching Kelvin from his wife.

Kelvin who is allegedly separated got married to the younger sister of popular bartender, Cubana Chief Priest. Read here