Big Brother Naija housemate, Cindy has stirred another controversy on social media following her attitude on the reality show.

Cindy, who was trending over the weekend after she was rejected by a fellow housemate, Enkay, has been identified by some Nigerians as acting ‘fake’. 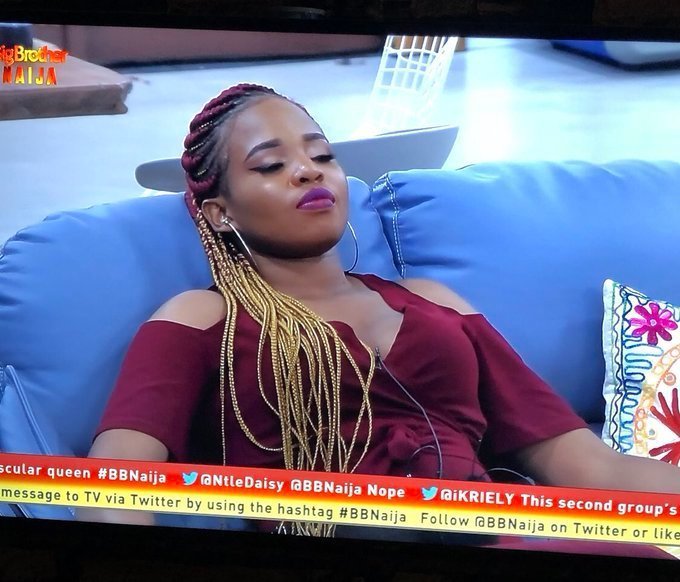 Some BBNaija fans called out Cindy on social media pages, describing her attitude in the house as a strategy to gain fans.

According to them, Cindy is not poor as she appears to be on the reality show and must have watched previous BBNaija editions and was playing out a strategy to get more votes.

Recall that Cindy, one of the new housemates introduced into the Big Brother house since her entrance into the reality show, has been criticized and described by some BBNaija fans as ‘local’ and not posh like other housemates.

However, Leo on Sunday defended Cindy, describing her as a representation of every average Nigerian lady who is not ashamed of her background.

Read some of the comments below:

@Fxdon “Cindy has watched the show before going into the house, all my research proves she’s fake.”

@BasicallyTacha “So because Cindy doesn’t have makeup and doesn’t know how to do makeup that’s why useless celebrities will say she’s from a poor home? Jackie, Diane doesn’t know how to apply makeup too. I love Cindy but now it’s obvious this is a Planned Act. Focus on ur fav. Am not falling for those fake tears.”

@Nbeautyhub “People are falling for Cindy’s strategy, she’s too fake.”

@Triciaduchess “I’m tired, I don’t like that Cindy girl she seems fake. Some people are even voting for her because she’s from their tribe. BBNaija is a no-no.”

@Pebble_03 “First of all, Cindy was fake-crying in the diary room. There were no tears. But that’s none of my business please give Omashola some votes.”

@Gunzz_Jay “What kind of pity game is Cindy playing I think she is fake oh… She wants to use Frodd’s emeritus strategy.”

@Lovethrukky1 “Cindy is just in the house to eat all the food.I feel she is even a fake housemate. Sis is not bothered at all, her own is just to eat.”

@Tosinnozz “Cindy you didn’t fool me with the fake tears and I’m a loser speech.”