Intel appears to be running a “PC vs. Mac” campaign, and the corporation even created a film in which Apple consumers are shown using Intel PCs. Anyone can watch the video, which is titled “Breaking the Spell: Social Experiment,” on YouTube.

Apple’s “Unleashed” event is just days away, and Intel’s tweet has gotten a lot of attention. 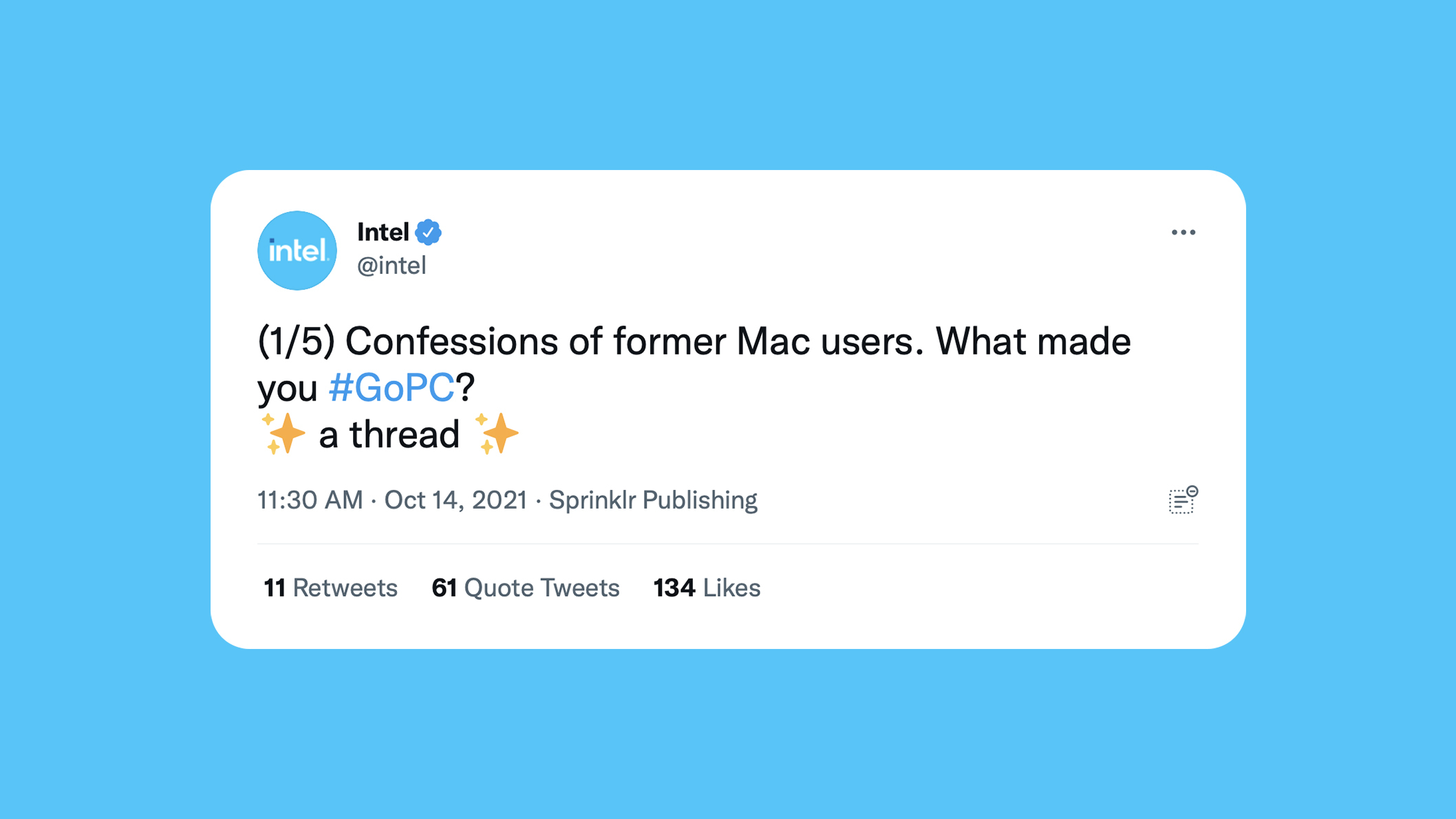 After Intel issued a tweet asking former Mac users why they converted to PC, Apple users seemed to have a field day insulting Intel’s Twitter account.

Intel’s tweet reads, “Confessions of former Mac users. What made you #GoPC?”

According to a MacRumors post, instead of receiving responses from legitimate former Mac users who migrated to PC, trolling Apple users responded.

One of the replies to the tweet, as quoted by the MacRumors article, said, “Just admit it: you’re just pissed that Apple ditched you and designed a way better processor by themselves.”

Intel Has a “PC vs Mac” Campaign?

“Breaking the Spell: Social Experiment” is a video that has been uploaded to YouTube. The movie “included ‘Apple aficionados’ presented to different Intel laptops and all of its features,” according to the MacRumors post.

“Intel attempted to portray Apple customers as clueless to ‘innovations’ offered by companies other than Apple, such as ‘touch screen’ laptops,” according to the report.

You can watch the video below:

One aspect of this situation that some may find humorous is that Apple is still selling Intel-powered Macs.

The 27-inch iMac and the Mac Pro are two examples of Apple devices that are still Intel-based.

Many have remarked on the timing of Intel’s widely circulated tweet, which was sent out only days before Apple’s Unleashed event, which is set to take place on Monday, Oct. 18.

“The higher-end MacBook Pro will no longer be Intel-based and will formally convert to Apple Silicon,” according to MacRumors.

While there are still Apple products on the market that are powered by Intel, it is projected that this will no longer be the case by next year.

Popular Celebrities Who Visited TB Joshua For Miracle, During His Lifetime

5 Important Lessons You Should Teach Your Children