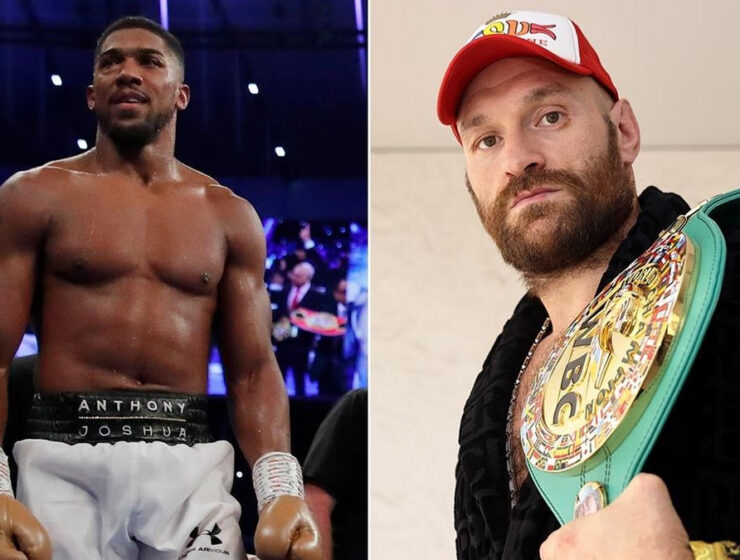 According to earlier reports, Fury’s promoter, Warren has offered a 60-40 split purse for the blockbuster bout and named the Millennium stadium as the potential location for the world title fight.

Read Also: Larsa Pippen and Michael Jordan’s son Marcus just friends despite being spotted out on a date

The report said Joshua and his team accepted the terms outlined by Fury and his representatives but stated the fight must take place on 17th December, rather than the 12th November they suggested.

Joshua publicly accepted the offer but told Fury he would not engage in ‘online discussions just for clout’. Instead, he told the Gypsy King to approach his representatives.

Hearn and Matchroom boxing have now confirmed that Fury’s promoter sent over written terms for a potential bout this year and Anthony Joshua has since accepted.

Warren has offered a 60/40 split purse for the fight. He also included a rematch clause in the deal and proposed for the fight to take place on November 12th this year.

Joshua and his team have accepted the terms, but only on the condition that the fight takes place on December 17th instead.

Fury has been pushing for an undisputed bout against WBA, WBO, and IBF titleholder Usyk after the Ukrainian handed Joshua a second-successive points defeat last month.

However, Usyk ruled himself out of fighting until next year due to injury, forcing Fury to go for Anthony Joshua.

"I'm not Davido, would have banged Wizkid in the face" - Burna Boy trades word with Wizkid's FC

0
Martina Akonthe September 7, 2022
No Comments Yet