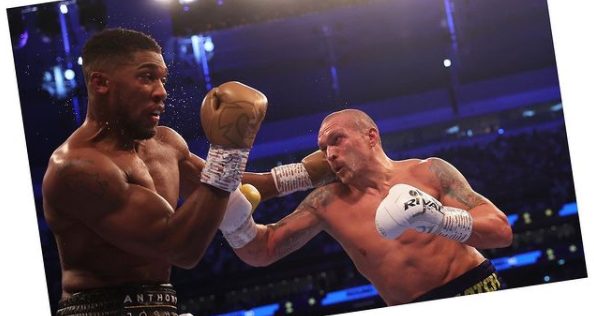 Usyk was awarded the victory after defeating Joshua with a well-thought-out strategy that caught Joshua off guard.
Usyk won the fight 117-112, 116-112, and 115-113, according to the three judges.

After a shocking loss against Andy Ruiz Jr in 2019, this is Joshua’s second defeat in his professional career.

See some reactions from Nigerian below:

Prince Ndukwe wrote, “Joshua need better trainers, i can’t imagine seeing him fighting like a pregnant woman, too slow since he met Buhari.”

Onyi Anyado wrote, “Absolutely fantastic fight!! There’s no way Joshua can beat Fury or Wilder, no way at all. Lol and Eddie Hearn knows this!! It may sound harsh but AJ is extremely overrated.”

One Rankish wrote, “abeg my advice to AJ Technical Adviser plz tell him never in his life should he sign up for Deontay wilder or fury Tyson fight.. or else Na black and black millions go wear for RIP to Joshua.. see as them beat my guy like who thief meat for cattle market 😅😅😅😅🤣..even usyk no go fit beat me like that ”

Kingsley wrote, “Lesson of the day :You lose some and win some, don’t blame anyone for your failure, AJ will be back better and stronger”