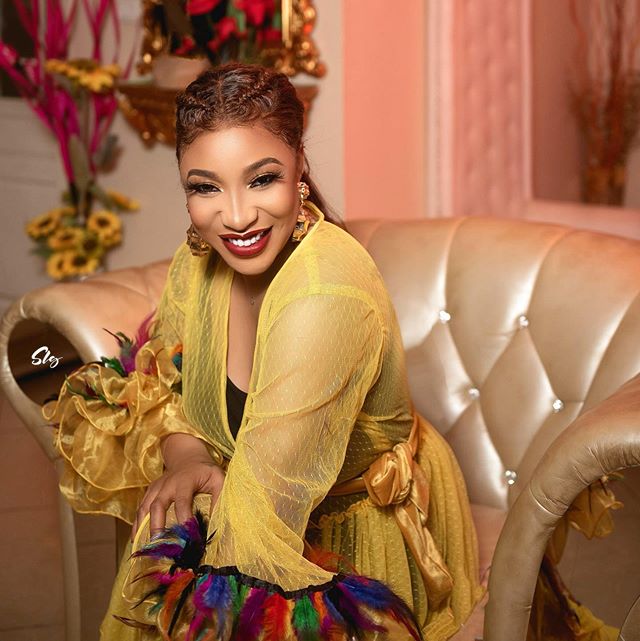 Nigerian actress, Tonto Dikeh has taken to her Instagram page to plea for people to speak up for Karen.

According to the post she shared, Karen is a 13-year-old girl who was raped then overdose by her school clinic.

The school in question is Premiere Academy Lugbe, Abuja where an autopsy report showed that a condom was found inside of the little girl.

“This is Karen Happuch Aondodoo Akpagher she was 13-year-old before her untimely death she attended Premiere Academy Lugbe, Abuja.

Karen Happuch Aondodoo Akpagher died of Sepsis, during Karen’s autopsy it was found that a piece of condom was found inside of her.

Karen Happuch Aondodoo Akpagher cried for days till she became a shadow of herself, scared of physical contact even from her mom.

The school refused her mom from seeing her” 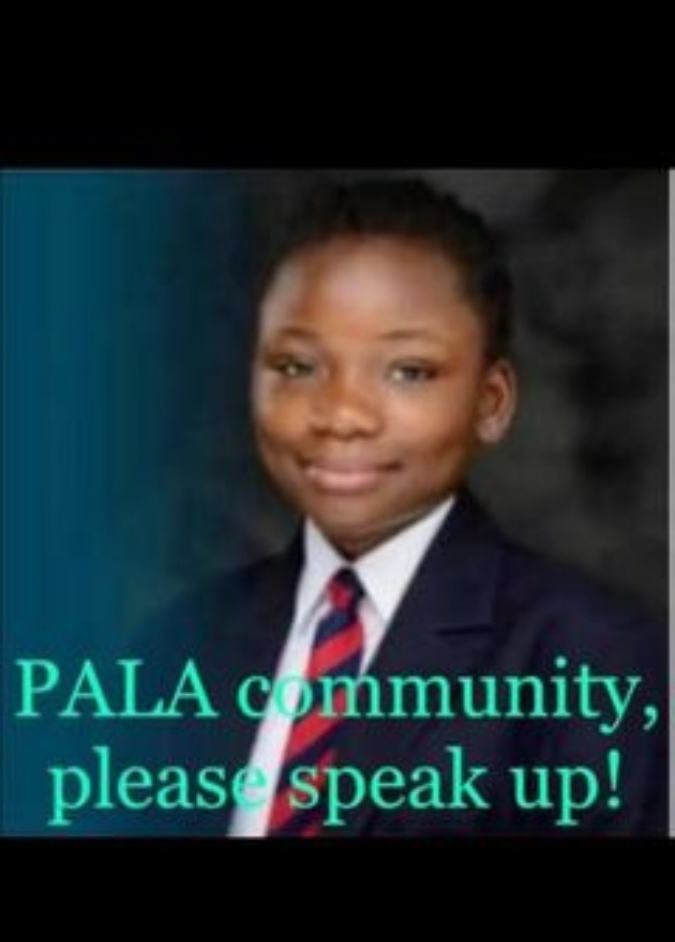 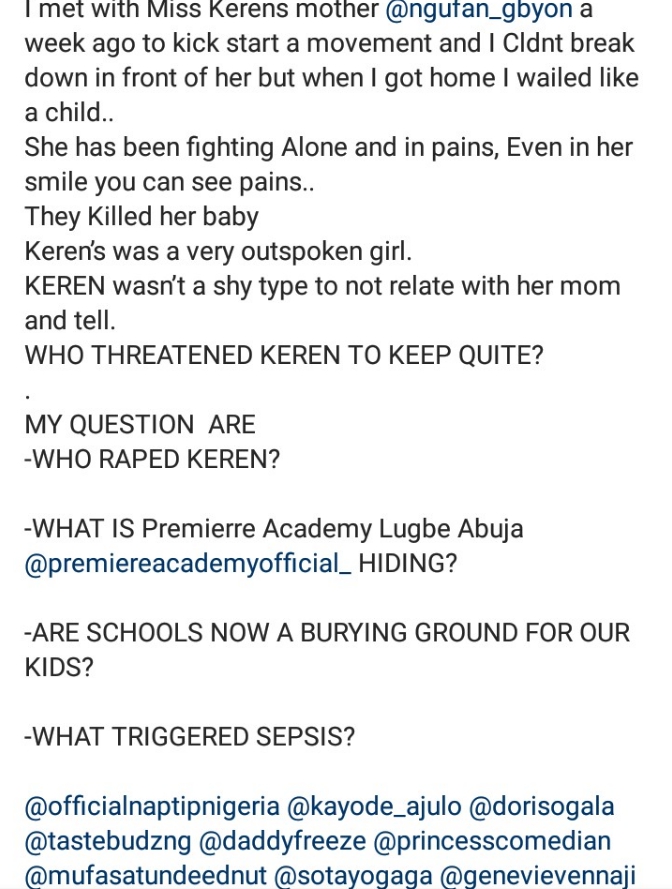 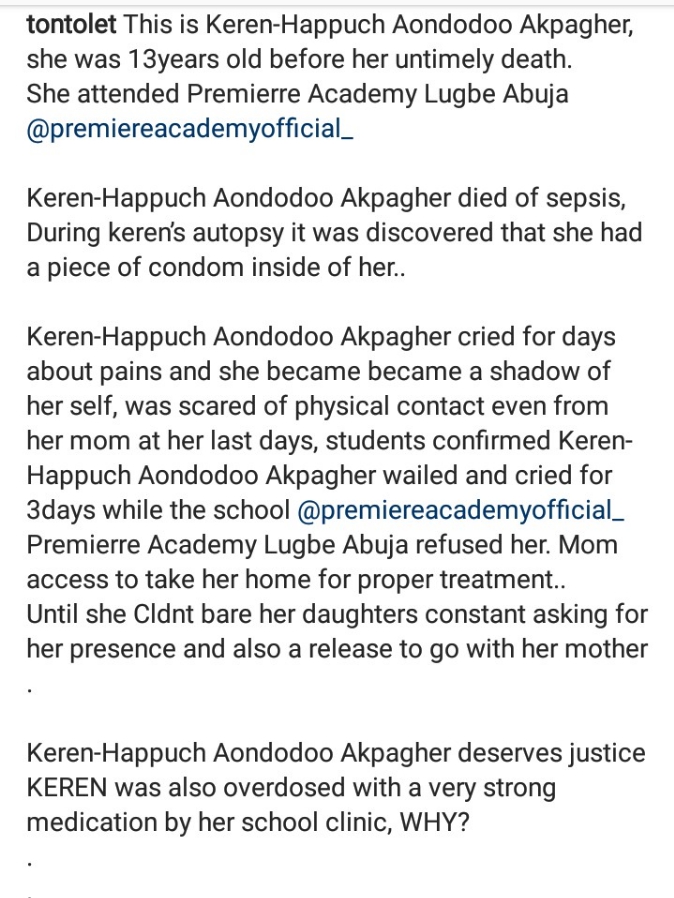 VIRAL: Moment A Traditional Wedding Guest 'Removes' $100 From Money Being Sprayed On Bride(Video)

I’ve Watched The Video, This is Not R*pe- Tonto Dikeh Reacts to Chrisland School S*x Tape

“You Helped A Little Girl 15 Years Ago, I Don’t Owe You Jack” – Tonto Dikeh blows hot