Coming after she took to social media to cry out and call her husband for sleeping with one of his baby mamas, Pero Adeniyi, Annie Idibia, has been accused of cheating on 2face with a sugar daddy, Ned. 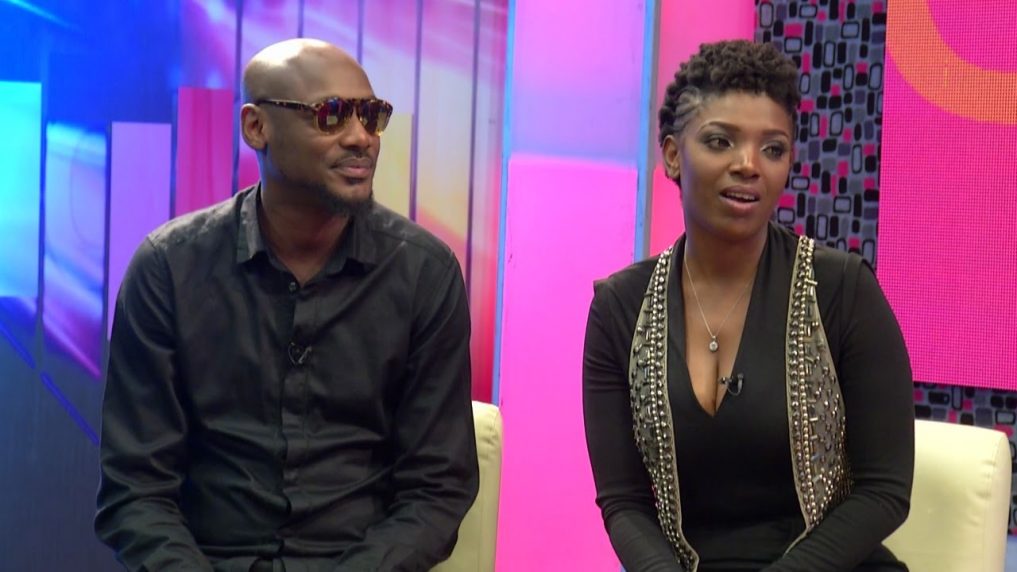 Blogger Gistlovers, on the other hand, claims that Annie Idibia has sugar daddies, one of them is a wealthy man named Ned.

“Well Annie,don’t push your luck,Tuface get him shit,but you do the most ,two weeks ago when I posted Una pictures,I got plenty comment saying make I no talk,but I think now is the right time to talk,MEN suffers domestic violence too💔💔We know Tuface get him own for body,you know of his health status yet you kept pushing him,you sef get sugar daddies now,Ned and Co😏😏😏Annie Stop it now”, 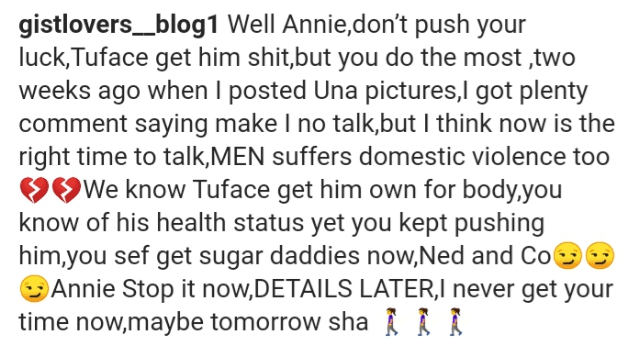 Reacting to the story, one AMina K Aminu commented, “Annie stop playing the victim, your mother has been staying with you guys and going for vacation, but inno family is milking dry? I thought it was pero and inno before now? Why u con dey change mouth?”

Ekun Ayo wrote, “These people should not kill Tubaba for us ooo.. no be only una treasure the man .. He’s a LEGEND and a spiritual musician whose music heals lot of people including ME!!!!!! .. God will grant y’all peace ”

Seun dreams wrote, “Sincerely speaking marriage these days looks too much scary not sacred anymore, anyways we still have successful blissful ones that don’t even make it to the gram, so brace up and be positive ”