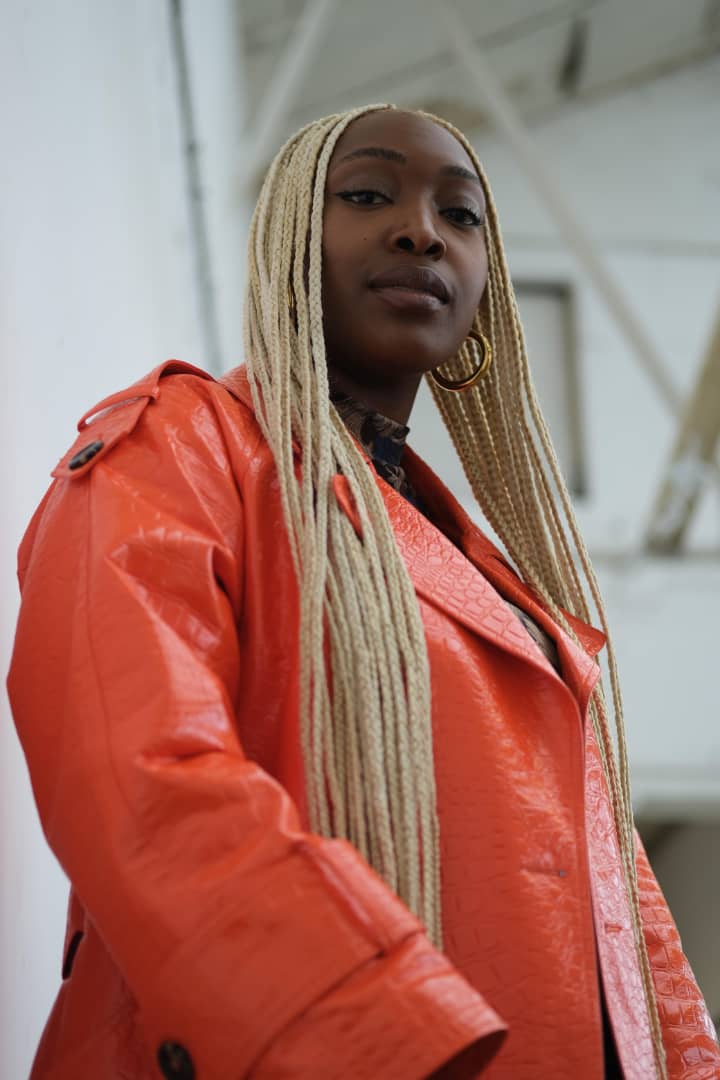 The announcement of London based curator, writer and lecturer Peju Oshin as Associate Director at the Gagosian Gallery is an important one, highlighting as it does, the giant strides young Nigerian women are making on the global art scene, glamsquad reports

Young, talented and driven, Ms. Oshin with a background in architecture made her art world entrée in 2015 and in the intervening yawn of time, has worked at the Tate as Curator: Young People’s Programmes. During her time at Tate, Peju Oshin who has expressed a deliberate concern and focus on the “marginalised” delivered “exciting and ambitious projects in support of young and emerging artists, as well as cultural leaders across the arts community” according to the statement announcing her appointment.

Continuing, the statement notes that in her new role, Peju Oshin is expected to continue to “promote the visibility of artists from both the global majority and those who identify as people of color through our own programming as well as within the greater arts ecosystem in London.”

Her move from the Tate, a bastion of the UK art establishment to the Gagosian Gallery, a commercial stronghold and home to some of the most influential artists of the 20th and 21st century while a testament to her talent and experience positions her as an emergent cultural powerhouse poised to expand the universe of opportunities open to usually marginalized artists.

Ms. Oshin is Chairman of the Peckham Platform, an Associate Lecturer at Central Saint Martins and on the judging panel of Association of Women in the Arts (AWITA) London and JW Anderson partnership programme of exhibitions and interventions of female artists. She was shortlisted for the Forbes 30 Under 30 Europe list in the Arts & Culture category in 2021.

Adenrele Sonariwo started off as an accountant and had a four year stint at PricewaterhouseCoopers after graduating from Howard University. The art bug soon bit and her first salvo was a pop-up art university called The Modern Day School of the Arts (MDSA).

Conceived in 2010, Rele gallery did not take off until 2015 and it quickly made a splash opening up the space to a younger and hipper generation of Nigerian art connoisseurs and collectors.

Ms. Sonariwo was the lead curator of the first Nigerian pavilion at the 57th Venice Biennale and served as jury member at Dak’art Biennale in 2018, the same year she was listed by Vogue as one of the “Five Coolest Women in Lagos”

Having built Rele into an iconic Nigerian brand, Ms. Sonariwo has embarked on global domination with a move to America where Rele became the first contemporary African art gallery to set down roots in Los Angeles. Speculation is rife that a Rele London is in the works.

Ugoma Adegoke started her career as a financial analyst in oil and gas before gaining some work experience in real estate, Trained in economics, business and finance, Ugoma has made a career out of pivoting as a serial entrepreneur, a veritable Jane of all trades and mistress of all.

The LifeHouse, her first enterprise was an event center, art gallery, restaurant, yoga spot and more rolled into one. Her next venture was in fashion and design with the launch of Zebra Living.

Deploying artistic expression for social impact saw her launching and playing the role of Festival Director for the Lights, Camera, Africa…film festival. Ugoma has added new feathers to her cap as gallerist, curator and tastemaker with her latest venture BLOOM Art, a portfolio gallery and private art salon set in the heart of Victoria Island, Lagos.

As founding director and chief curator at BLOOM Art, Ugoma has curated and produced art exhibitions with some of the most exciting and accomplished modern and contemporary artists including Muraina Oyelami, Tam Fiofori, Lemi Ghariokwu, Victor Ehikhamenor, to name a few.

In 2007, she organised and curated a major exhibition of Professor Obiora Udechukwu’s works – his first showcase in Nigeria in over 20 years.

In December 2016, she was invited to Paris to speak at the Africa-focused conference of Comité Colbert, France’s premier cultural & luxury association while in May 2017, she was named an Ambassador of The African Art at the Venice Forum during the opening of the 57th Venice Biennale.

In February 2021, despite the Covid-19 pandemic and sluggish global economy Ugoma and Bloom Art originated, advised and executed the biggest private secondary market art sale and placement yet in Nigeria; the sale of Ben Enwonwu’s “Bonita”, valued at $1million thus making her and her gallery, the first Nigerian independent curator and dealer to successfully sell and place a modern art piece of such repute and value – a feat only previously achieved by international auction houses.

Tokini Peterside-Schwebig has put Nigerian art squarely on the global art map with Art X, her annual art festival, which launched in 2016 and quickly became “West Africa’s first and leading international art fair” one that has been hailed by the Financial Times as “a reflection of Nigeria’s potential on the global scene.”

Tokini has parlayed knowledge gained and skills acquired from a first class degree in Law from the LSE, an MBA from INSEAD and stint as head of Marketing at luxury brand Moët-Hennessy to build Art X into a reputable cultural festival.

Art X has become a major fixture on Africa’s culture calendar, pulling in over 80,000 visitors in just five years and highlighting the works of major African and diaspora artists while signposting Lagos in the global imagination as an emergent culture capital.

Underlining her chops as a culture impresario, Tokini set up ART X Live! as an “accelerator for rising musicians and artists” while the ART X Prize has become Nigeria’s “leading award for visual artists.”
In 2018, Tokini and Art X were tapped to organize a special contemporary art exhibition in honour of visiting French President, Emmanuel Macron. The exhibition held at the New Afrika Shrine.

Named one of the 40 Under 40 in Africa by Apollo in 2020, Tokini serves on the boards of Yinka Shonibare’s GAS Foundation and EMOWAA (the Edo Museum of West African Art) among others.