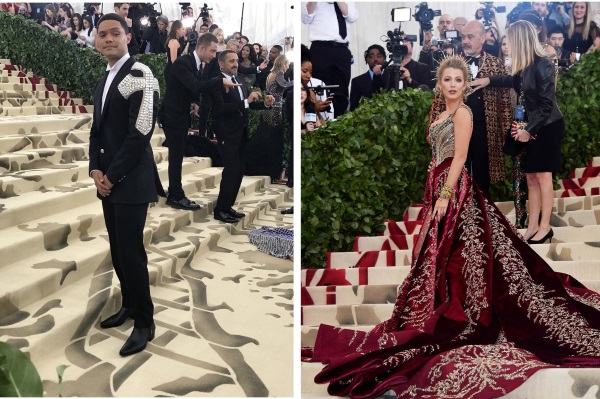 The first Monday in May is for the Met Gala (formerly the Costume Institute Gala), which is a fundraising event that benefits the Metropolitan Museum of Art in New York. This years theme, “Heavenly Bodies: Fashion and the Catholic Church” brought out a lot of recognisable symbols. So imagine glaringly stark symbols of the cross over a black Balmain suit worn by Trevor Noah; over Kim Kardashian-West’s gold Versace dress; and Jennifer Lopez’s Balmain. 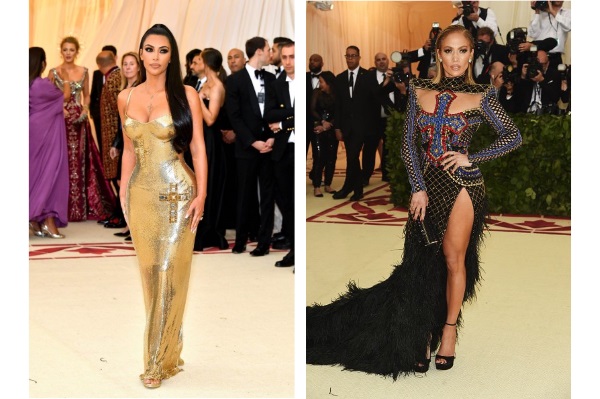 Above: Kim Kardashian-West and Jennifer Lopez
Rihanna stood out as usual in Maison Margiela. She worked the Papal tiara of the Pope with class. Her and Chadwick Bosman, dressed in Versace, can lead Sunday Mass anytime they want. And Taylor Hill made a beautiful cardinal in black and red. Blake Lively was luxurient in burgandy Versace as well as Cardi B in Moschino.
Cara Delevigne wore Dior Courture and Zendaya in Verace armour. 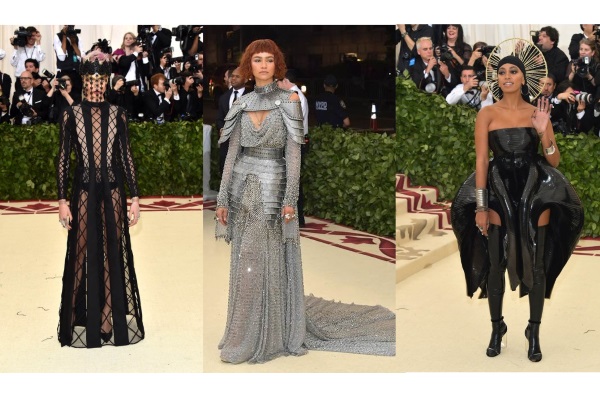 Above: Cara Delevigne, Zendaya, Solange
What we looked for most, was not the predictable Catholic symbols. More of the interpretation of “Heavenly Bodies” would have really brought out the visionary formist in designers. Solange, wearing Iris Van Herpen, took up this part of the theme with an intricate form and a luminating disk as crown. She looked like she could shape-shift, unrestricted by time nor space and move around different realms as a celestial being. She didn’t even need to wear her look in white which often associated with purity. Ms Knowles was on cue. Maybe artwork from the Sistine Chapel would have also been something greatly explored.
That’s it for now until the next first Monday of May.

WOOLWORTHS TAKE OVER THE RUN WAY AT SAFW SS18

Kanye West Has Reportedly Cut Off Communication With Kim Kardashian