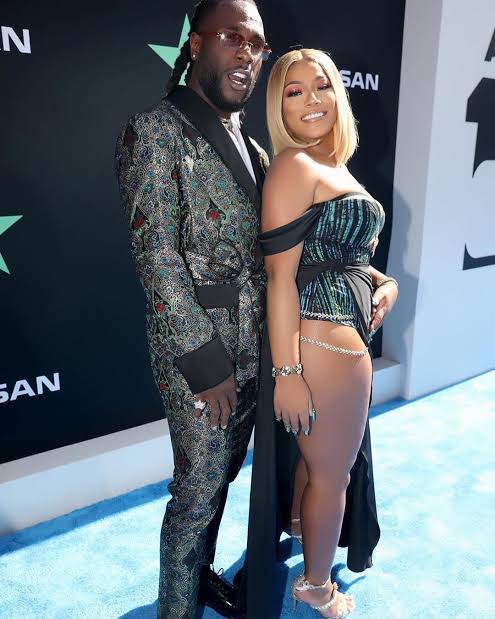 Glamsquad reports that Some social media users believe Burna Boy does not deserve to be called the African Giant because he has failed to defend the title in bed.

Steflon Don sparked the controversy by publicly revealing how weak Burna Boy is in bed and how she was never satisfied while in a relationship with him.

The dancehall singer took to Instagram to air her grievances without remorse. She stated that Burna Boy is drunk on complacency and believes he is a god despite the fact that his colleague Wizkid is better than him.

According to the UK rapper, Burna Boy has always regarded his colleague Wizkid as a threat, and he is incapable of satisfying her in bed.

“I ended my relationship with Burna Boy because he has a fragile ego.” Despite the fact that Wizkid is bigger than him, he sees him as a competitor.”

“He can’t even make me happy in bed.” SMH! He bullied me the last time I wanted to talk to him, but not now,” she wrote.

The reasons stated above are the primary reasons why Steflon Don and Burna Boy broke up despite having a beautiful social media relationship.

READ ALSO: Video: “They Mostly Teach Us In Schools That We Are Inferiors” – Burna Boy Airs His Opinion On Nigerian Education

Following the humiliating expose, social media users flooded the comment section, demanding that Burna Boy be stripped of the title “African Giant” because he had failed to represent the African continent.

Others wonder what prompted Steflon Don to disgrace a man she once claimed to love and praise his opponents. 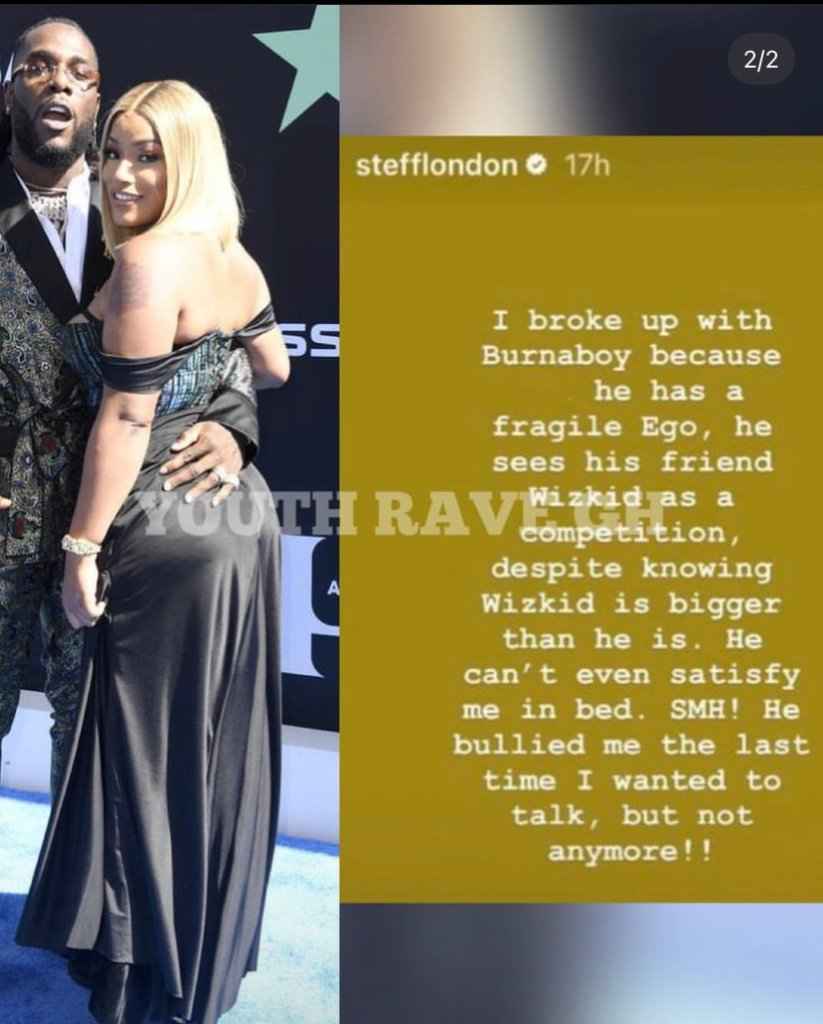