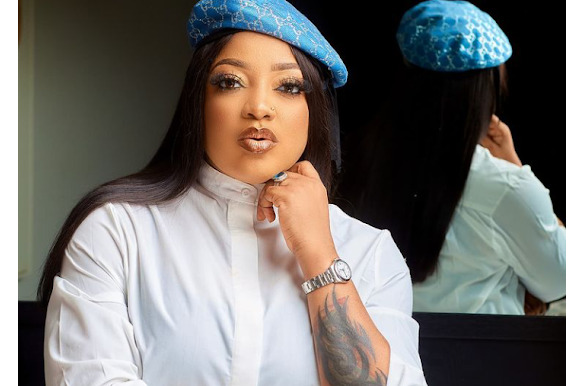 Yoruba Nollywood Actress, Tayo Sobola, popularly known as Sotayo Gaga opened up in this rare interview with The Sun.

So, what determines the kind of roles you accept in movies?
There’s a limit I can go. Some men don’t like their wives in touchy-kissy roles. Before now, I was very careful about the kind of roles I accept, I didn’t do a lot of romance on set. Some actors find it easy to marry each other, because they are used to doing those things a lot with themselves on set, so feelings set in. I never used to do those things, and now I can’t.

A number of men restrict their wives from acting after marriage. What’s your opinion on that?

It’s their decision. I believe that for you to decide to marry an actress in the first place, there was something that you saw. If you eventually marry and say you don’t want that aspect of her, then it is left for the woman to decide if she can abide by it. It is a decision for the lady to make if she can cope with it. Most men do these things as a result of jealousy. They think that the way they saw her is the same way others will notice her.

Green Is The New Normal

Can you give up your career for marriage?

It depends. The question is that how many times do I even act now? One thing takes the other away; that is the truth. People think they can juggle, but eventually discover that one of those things would take precedence. Now, I do a whole lot of services that are taking me away from my career as an actress. It is not like my husband or anyone is saying don’t do movies again. He lets me do what I want. But I have to respect that there is a limit I can go when I am acting, and I don’t need to be told.

What is the biggest gift marriage has given to you?

I have always been reserved, but I don’t look it. Marriage has given me the ability to maintain who I have been.