Entertainment
4 weeks ago
by Martina Akonthe
0 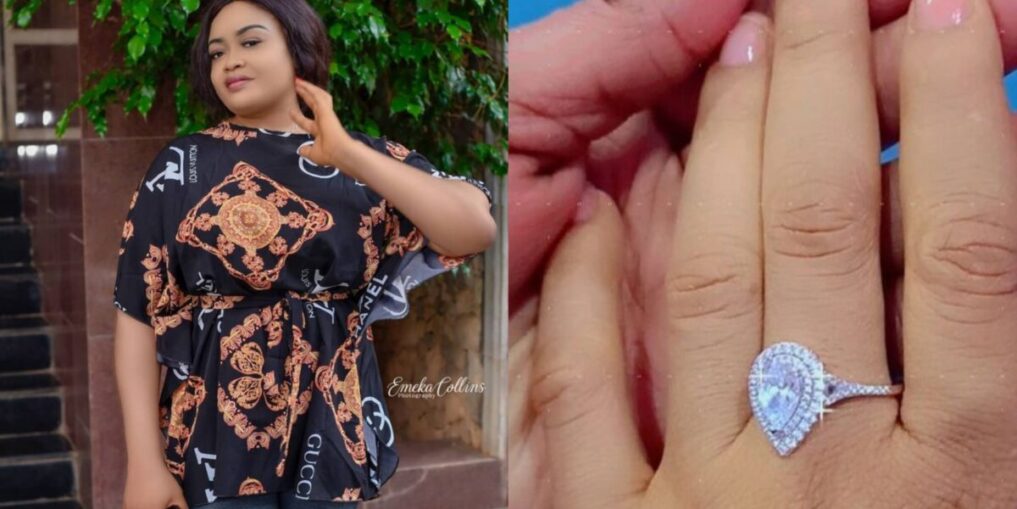 Nollywood veteran actress, Nkiru Sylvanus is in a joyous mood as she gets engaged to her new lover.

Nkiru is definitely ending the year on a high note as she said yes to a marriage proposal.

Sharing a picture of the diamond ring she received, she wrote: “It is what it is”. 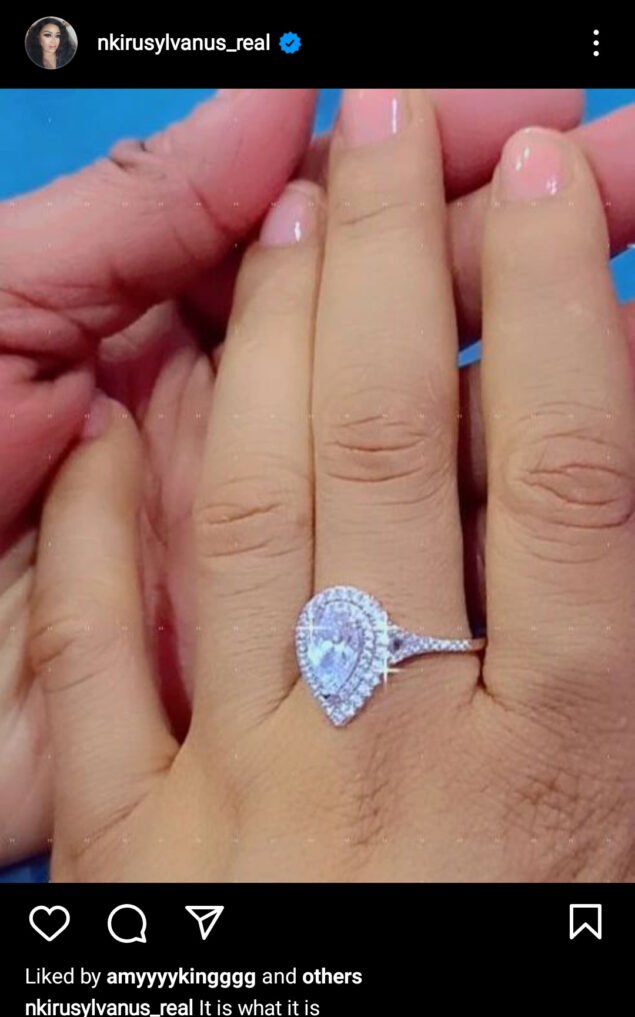 Her colleagues and fans taken to her comments section to congratulate her.

According to reports, Nkiru married Stanley in 2014. Meanwhile, Stanley is the former husband to her colleague, Oge Okoye.

Stanley was first Nkiru’s boyfriend before he dumped her for Oge Okoye, whom he later married.

However, Oge Okoye and Stanley’s marriage crashed, he later went back to Nkiru who he dumped for Oge. He wedded Nkiru and their marriage lasted for only 5 years.

While he was Oge Okoye’s husband, she described him as God-fearing, understanding, loving and caring. She also said that he was a big lover of parties, and the two of them used to go clubbing together.

However, after things fell apart, Okoye claimed that Stanley was, above all, a chronic alcoholic.

Nkiru and Stanley were reported to be going out before Oge came into the picture, but it did not work out.

It was reported that Okoye was the reason things did not work out between Duru and Sylvanus. She reportedly managed to get pregnant for the man in question.

At one point, she was a good friend of Nkiru’s, but she went behind her back to get her man and later married him and had his baby in Amsterdam.