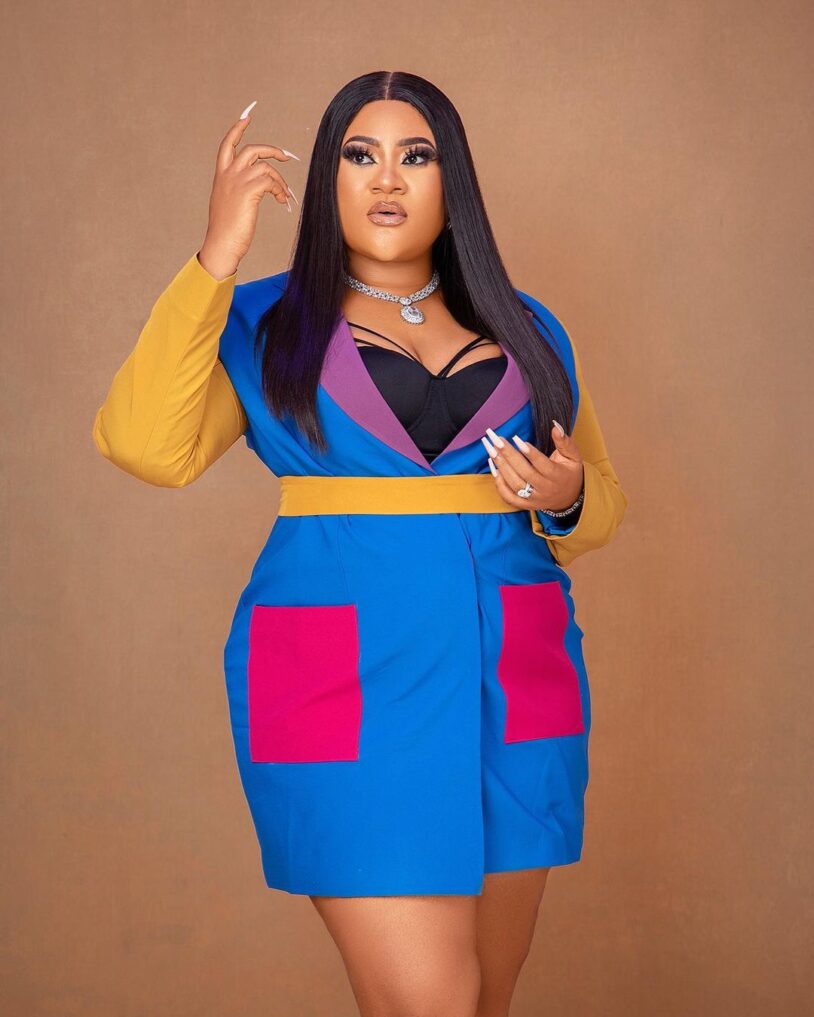 One of Nollywood’s controversial actresses, Nkechi Blessing Sunday has taken the bull by the horn after she slammed Reno Omokiri, a Human Rights Activist and former special adviser to President Goodluck Jonathan. 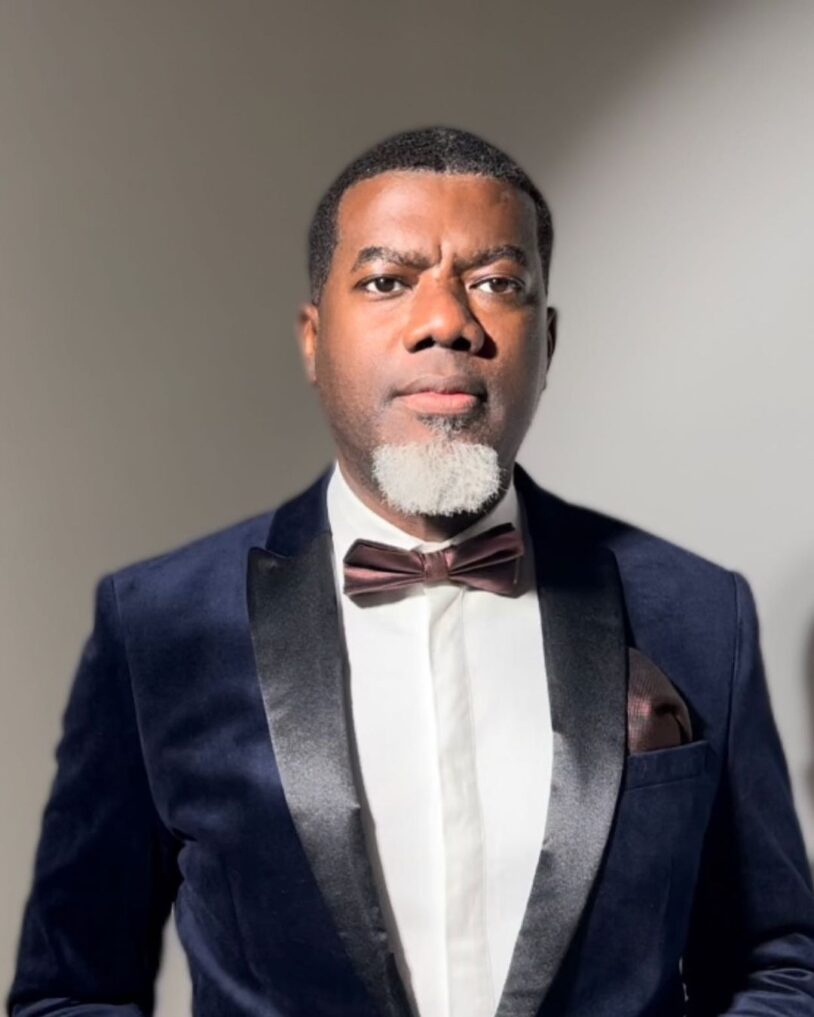 The 33-year-old actress’s confrontation comes after Reno Omokri compared her to one of Nigeria’s political godfathers and the national leader of the All Progressives Congress (APC), Asiwaju Bola Ahmed Tinubu following his outburst in the Ogun State capital, Abeokuta on Thursday, 2nd June 2022.
Tinubu in his outburst mentioned the names of those he has singlehandedly put in political positions and noted that he was next in line to become the president of Nigeria and would reject any other successor picked by the sitting president.

Disputing him, Reno Omokiri said Tinubu has no moral grounds to complain. He also said, “Tinubu is behaving like Nkechi and Tonto Dikeh…like a woman who was promised marriage and jilted and is now exploding and exposing the jilter.”

Nkechi Blessing who is currently in the U.S took to her Instagram stories to issue a harsh warning to Reno Omokiri.

In her warning, she said he should never come for her because she doesn’t know him. She noted that she is sure his wife is tired of their marriage but afraid to leave due to what society will say.

Read her stories below; 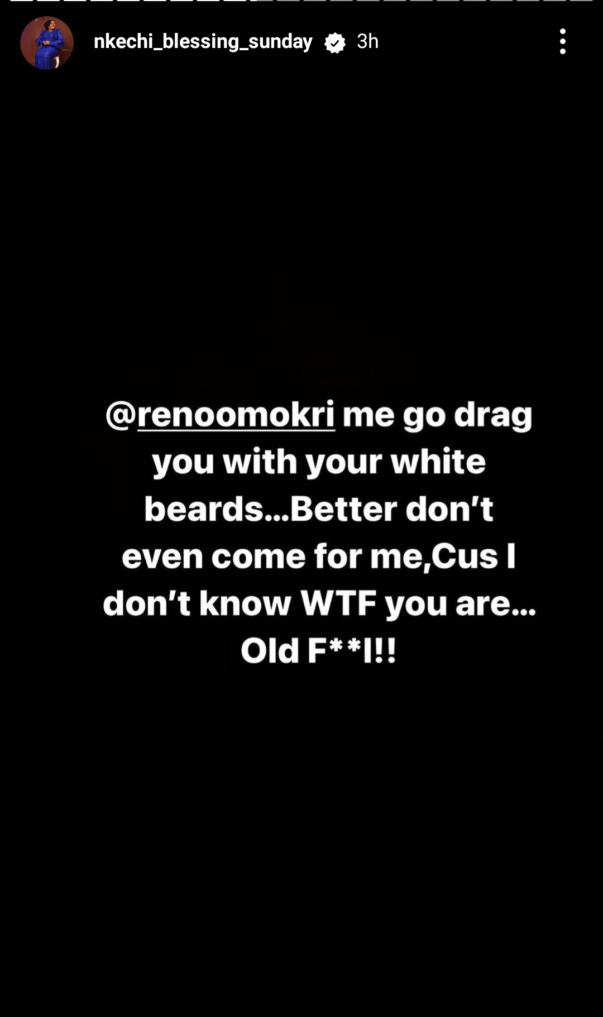 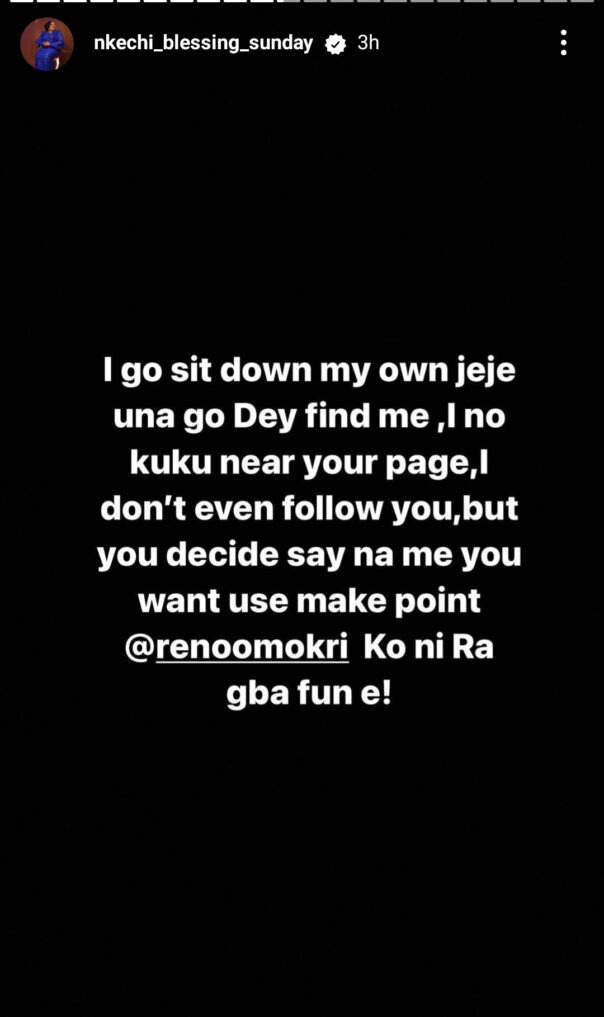 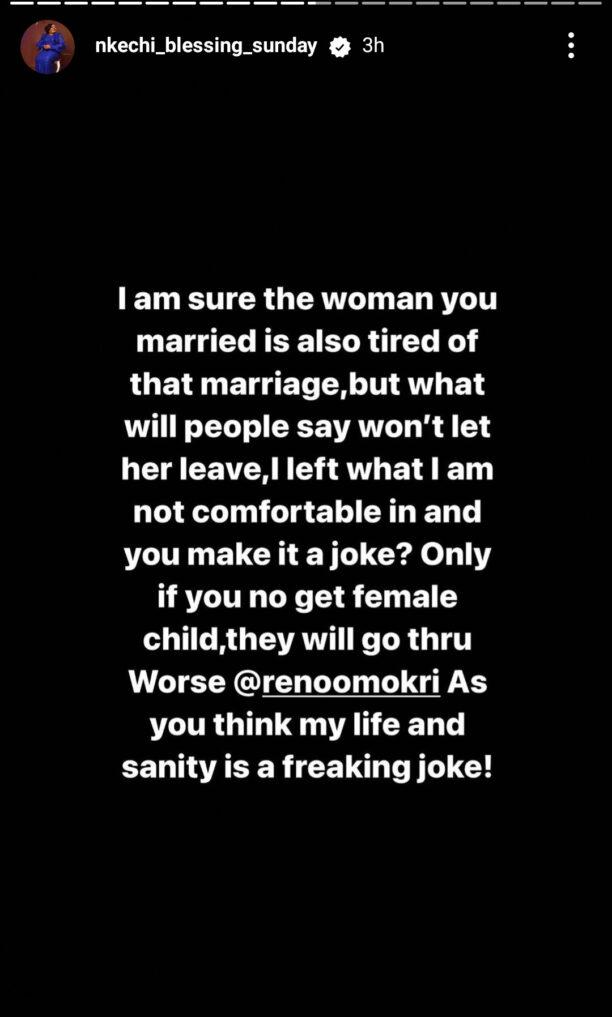 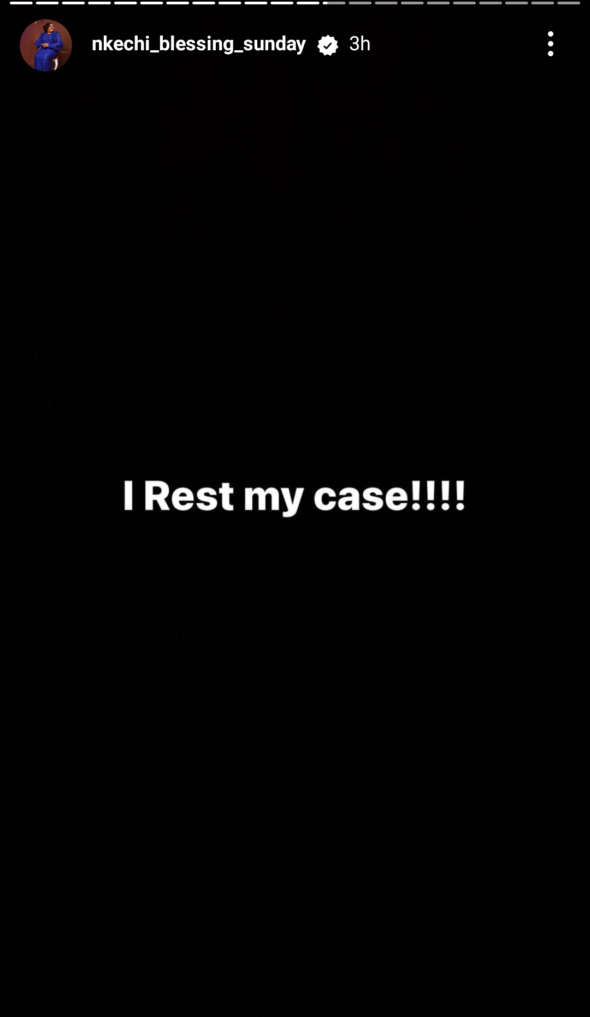 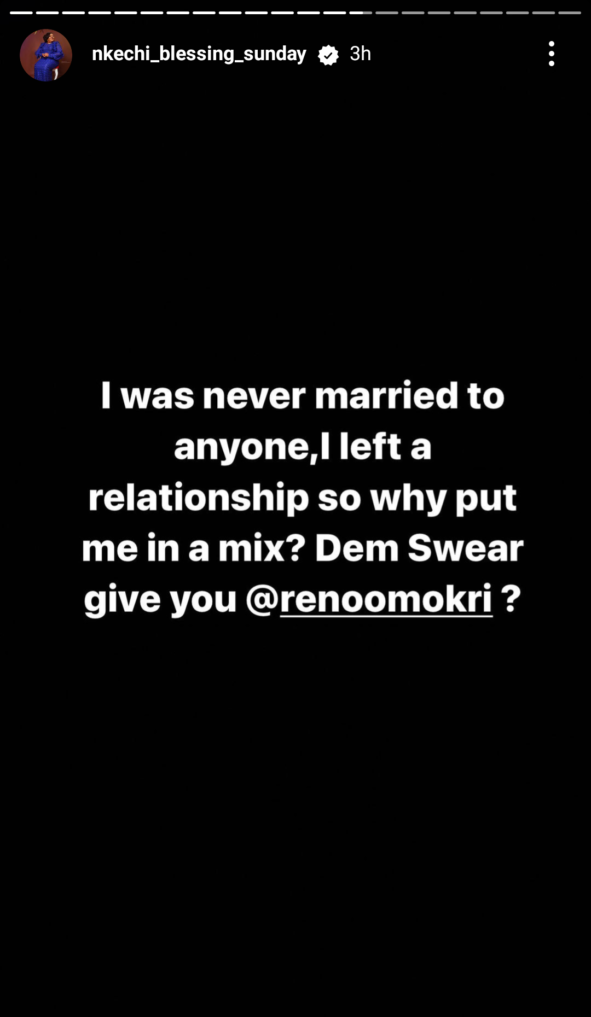 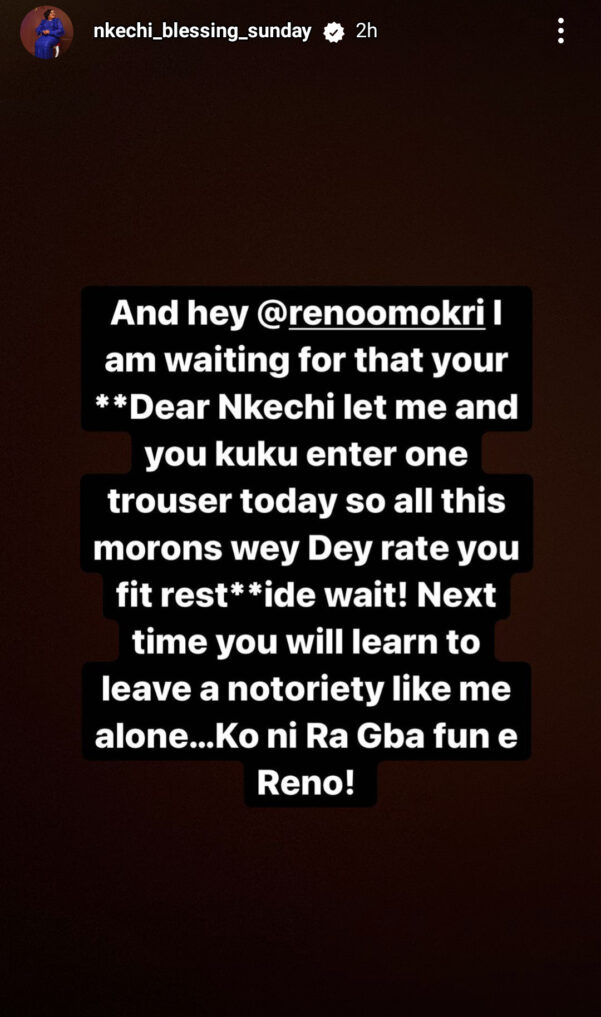 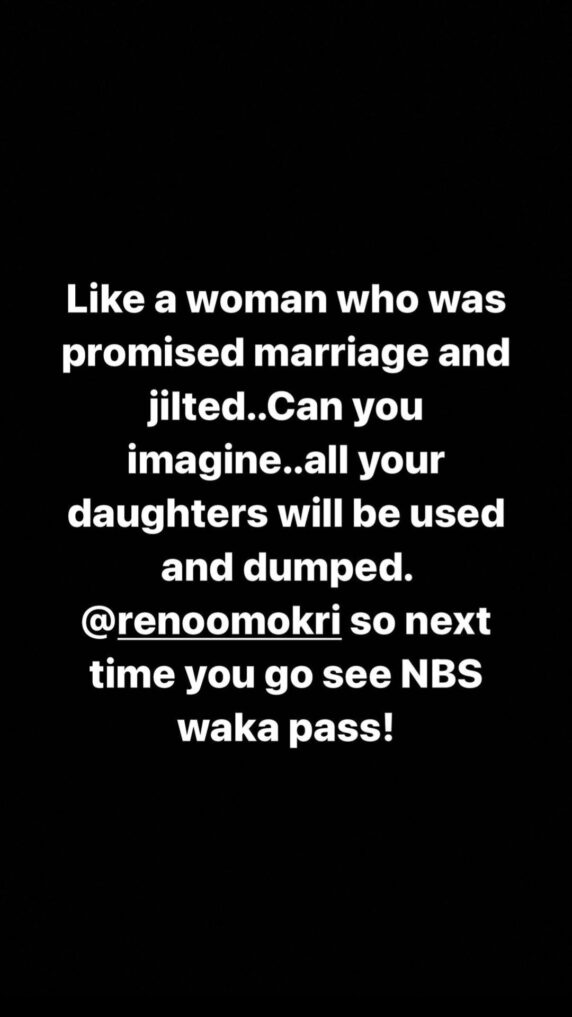 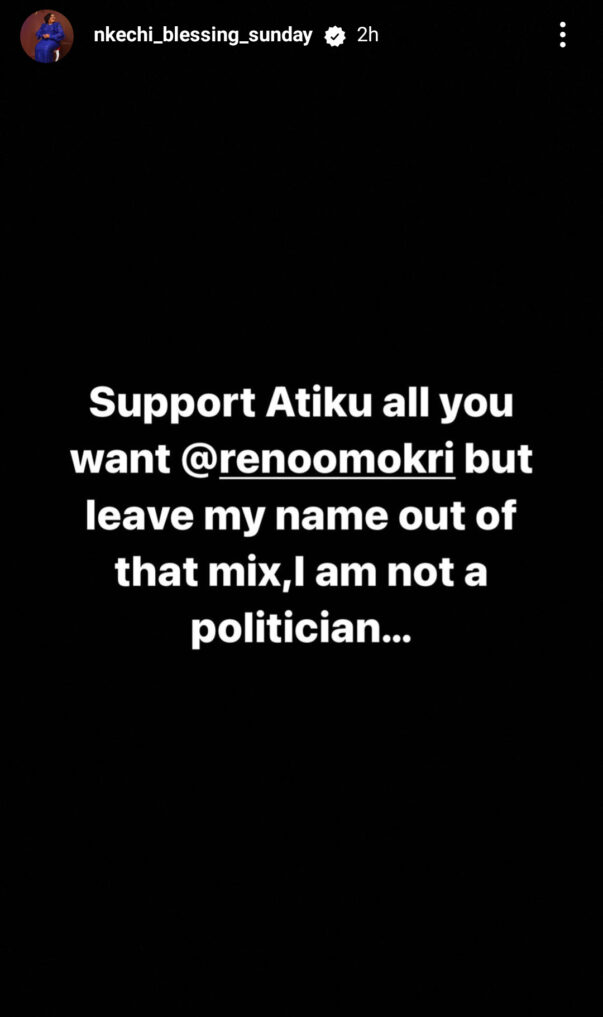 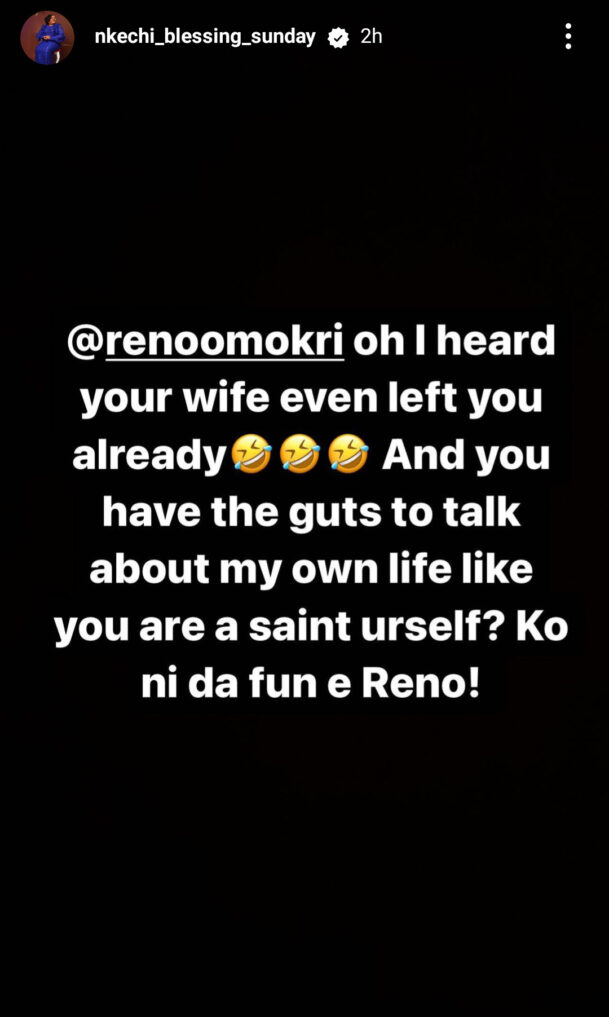 READ ALSO: See What Reno Omokiri Has To Say About Salle’s New Look

Tonto Dikeh Blasts Reno Omokiri After He Compared Her To Tinubu