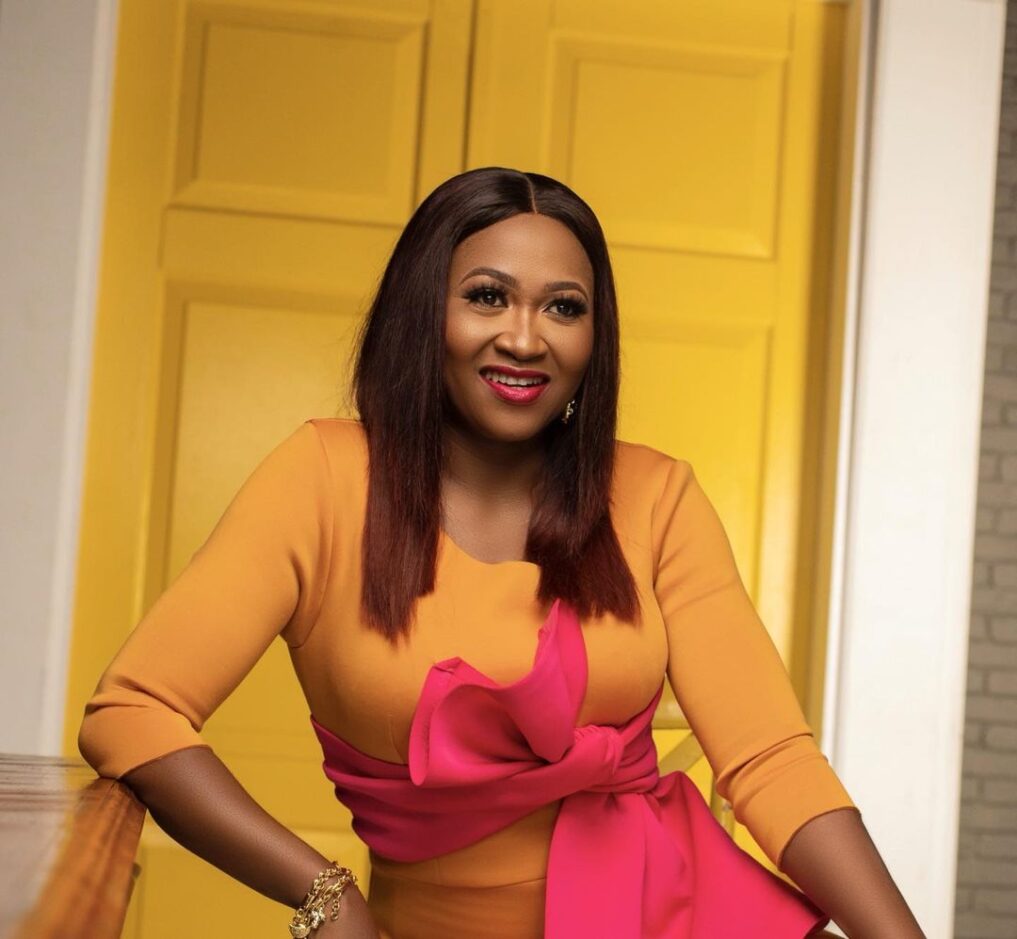 Nigerian actress and filmmaker, Mary Remmy Njoku has taken to her Instagram page to school married couples about the responsibilities and kids in their marriage.

The mother of three who dishes out her opinion often took a swipe at women who are fond of praising their husbands whenever they take care of their kids or carry out domestic activities.

Mary noted that it is a man’s responsibility to take care of his children and he should be appreciated for being a great Dad. She further noted that 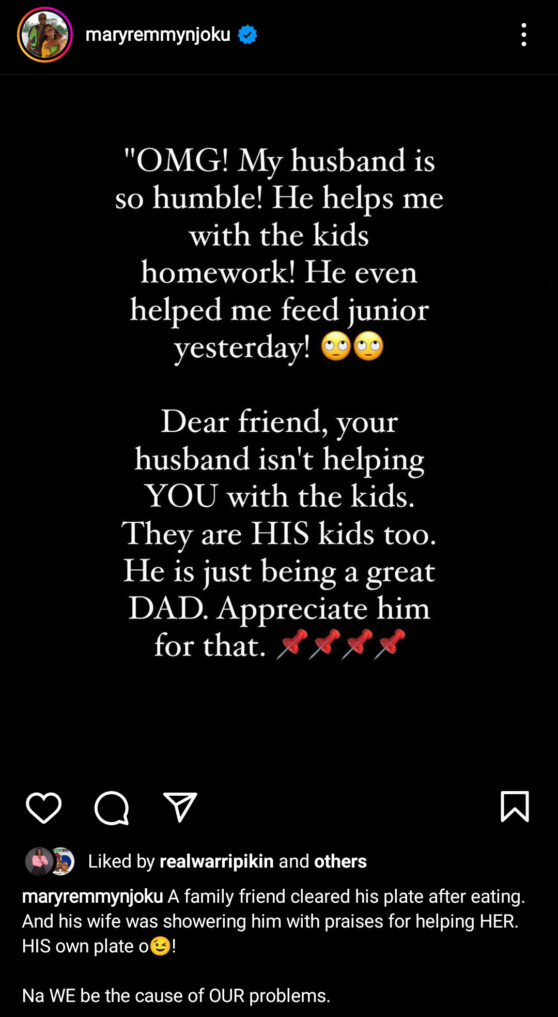 Addressing men, Mary said that men should understand that their wives are not helping them raise their children, they are hers also. However, they should appreciate her efforts.

She also noted that marriage is all about partnership. See her post below. 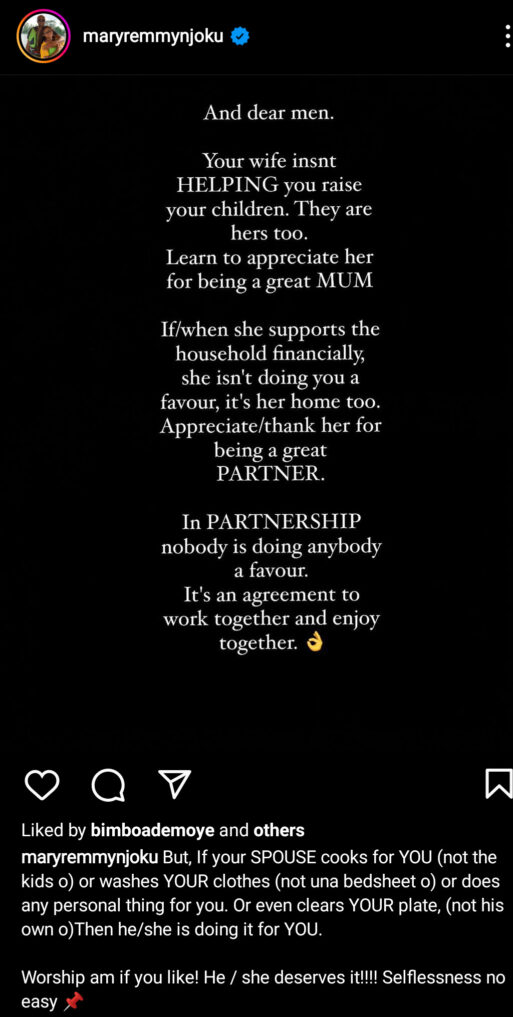 Glamsquad recalls that Mary and her husband Jason warmed the heart of many after they renewed their marital vows a decade after their wedding.

“The problem in Nigeria is becoming unbearable” – Mary Njoku laments

Uti Nwachukwu Says Men Have No Business In Marriage Before 40