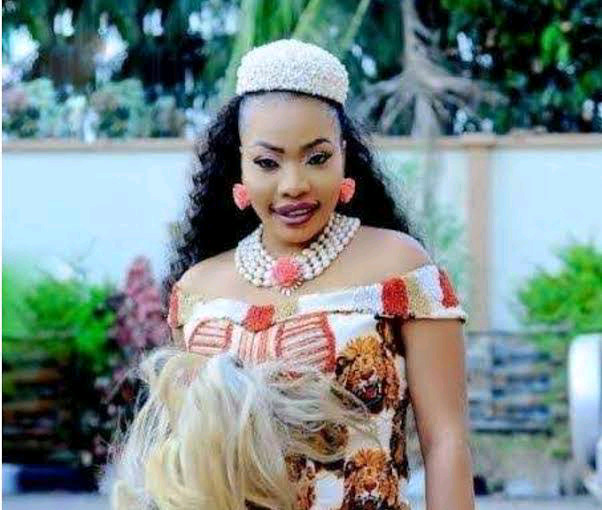 Read Also: How ‘Netflix and Chill’ helps improves your relationship

Glamsquad Magazine recalls that Tonto Dikeh had earlier dropped a cryptic post via her Instagram stories mocking her ex lover.

According to her, when a man messes with the wrong woman, he gets all he deserves.

Read Also:Top 7 most dramatic feuds in the history of Nollywood

“When you mess with the wrong woman you get all you deserve…#GOES back sleep”.

Joining forces with Tonto, Doris took to her social media page to mockingly sympathize with him.

She stated that the government doesn’t want him to chill with the big boys and at such he should flee the scene. 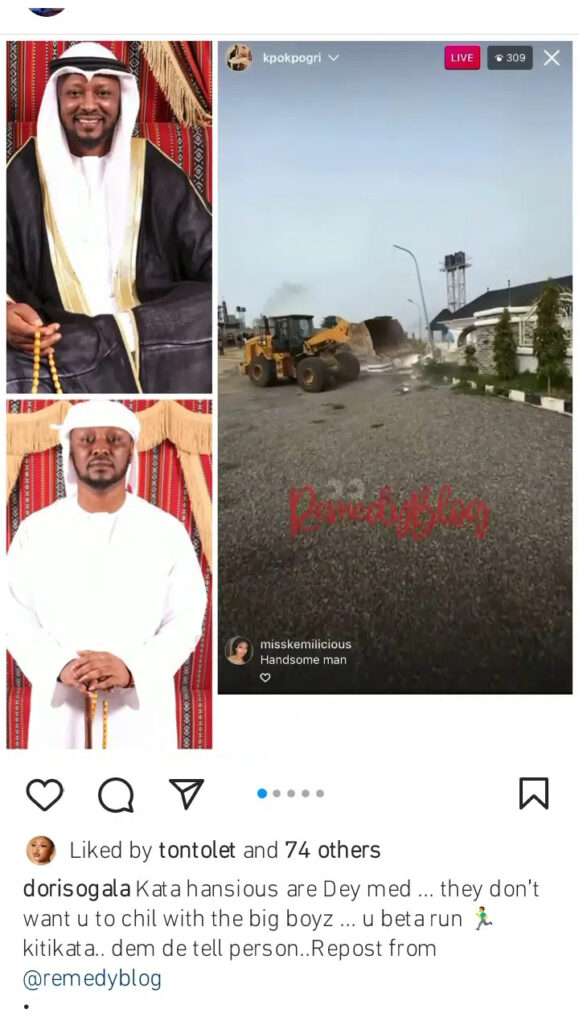 She stated that the actress’s God is working for her.

Doris went ahead to mock him. 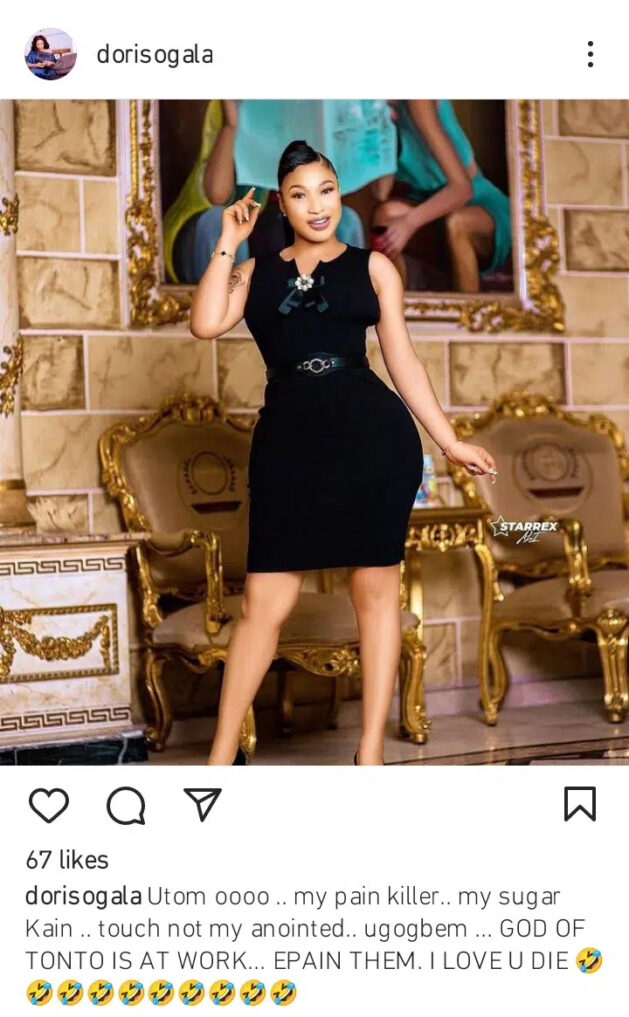 Glam Look Of The Day: Sharon Ooja Serves Beauty in a Gorgeous Dress