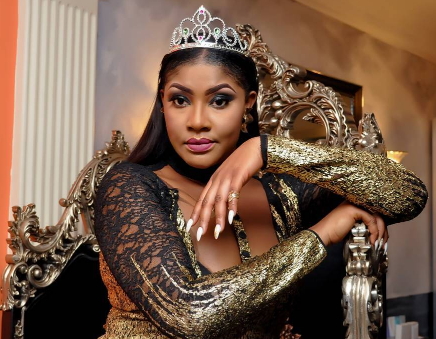 On Sunday 12th, June 2022, the ‘Legit’ crooner took to her Instagram page to drop a video of her loading a pistol gun and it has gotten a lot attention from her fans.

Read Also: “Get a gun instead of PVC” – Singer Ruger says

Although, the single mother of one had indicated that her page doesn’t support violence, her fans didn’t seem to like the fact that was showing off a loaded gun.

See some comments below;

@Princevandavid wrote: “You can be arrested for this, it’s actually causing fear and panic to the public.”

@Fosterokyere wrote: “You can’t do this in Ghana..”

Angela Okorie stated one of the most crucial lessons stardom has taught her in an earlier interview.

“I no longer live my normal life as a celebrity,” she told Saturday Beats.

“I can’t go out on the streets and get whatever I want or do whatever I want any longer. A lot of things about myself have altered as a result of my celebrity. It has also aided me in being independent and minding my own business.”