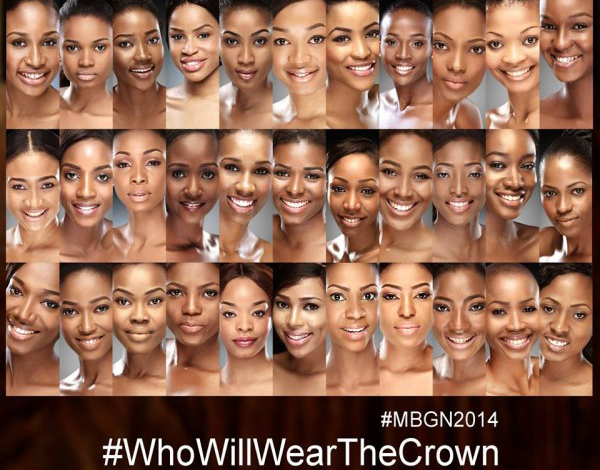 “Every year, thousands of girls compete in various beauty pageants across Nigeria. While the organisers may believe that they are helping our girls to feel “beautiful,” they are also in many other ways causing significant damage to the self-esteem and body perception of other girls.

The girl who won may feel as beautiful as the prettiest woman ever created, but what about the girls who didn’t win? How do they feel? I spoke with some past contestants of one of the pageants (the girls that didn’t win) and asked them why they think they didn’t win, and this is what some of them said: “Because I wasn’t pretty enough,” “Because the organisers didn’t like me,” “Because it is a racket and who knows what she has offered,” etc.

Things like this inspire jealousy, low self-esteem, and other self destructive behaviors such as self isolation, social anxiety, eating disorder, drug abuse, personality disorder, bitterness and social phobia among our girls.

Beauty pageants in Nigeria should be sanctioned. Where do we draw the line between “beauty pageant” and “prostitution?” These pageant organisers and agencies are doing nothing but exploiting our girls in order to make money.

You gather politicians and paedophiles to watch girls in G-strings and bikinis wriggling their waists all in the name of making a show for TV. Are the contestants always meant to lie about their beliefs and relationship status in order to get a good score? Have we totally lost sight of what is morally right and wrong?

Beauty contests seem pointless to me. To tell a woman to submit to someone else’s definition of beauty is crazy. Isn’t it bad enough seeing young Nigerian girls forcing eating disorders on themselves just to be perceived as prettier? ‘I am so fat and it is just not healthy’ has become the chorus of every girl on the street. Parents have become very competitive trying to make their daughters more beautiful than their neighbours’ by forcing their children to make unnecessary adjustments to their bodies to look better than their peers. Now we see six- ear-olds having hair extensions, permanent mascara and waxed eyebrows. Do these children really need to be exposed to such things to know that they are beautiful? The society needs to protect the children from the sick idea of assembling girls in camps and tasking them with over-sexualised dance routines.

Sincerely, what is the moral behind these beauty pageant shows? How have they helped the society in general? With sports, we can talk about mental discipline, fitness and advance body control. For all the money that beauty pageants cost to organise, is it really worth it? Of all the things you could expose our girls to, are pageants really the best thing out there?

Women have always demanded respect from men. Not only should they demand it, I think they deserve it. But why make them scamper around in G-strings and bikinis showing off their bodies, knowing that men are going to go “gaga” and lick their lips. I don’t want to sound disrespectful, but can you blame the men? Men will always be men. We can’t change our nature, but you know what we can change.

We can change the fact that our women are naked and competing to be “the most beautiful in the world.” We shouldn’t endorse beauty contest because it brings money to some people. I believe that there are still a handful of women out there that share the sentiment that beauty contests are wrong and give men the wrong idea of what a “true wife” looks like.”