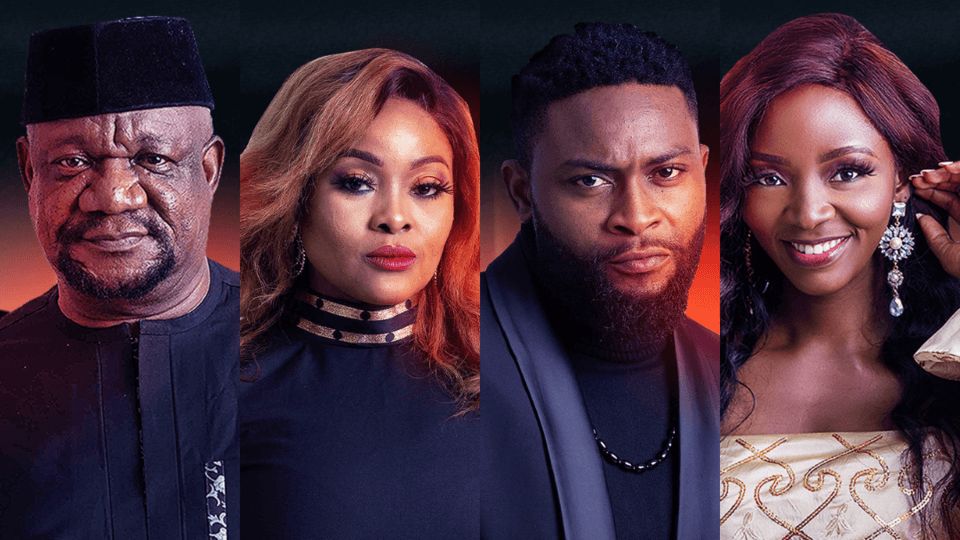 After ten weeks of non-stop drama and entertainment from the Big Brother Naija Lockdown housemates, 26-year-old Olamilekan “Laycon” Agbeleshe walked away with the 85 million naira prize.

For many fans of the show, the end of the BBNaija Lockdown season begs the question, “What’s next?” If you’re wondering what to do with yourself now that BBN is over, this article is for you.

From telenovelas to an epic drama, here are some picks of the most addictive, most entertaining Nigerian content to tide you through the post-Big Brother Naija blues.

If you enjoyed Ajoche, aka Nigeria’s answer to Game of Thrones, then Africa Magic’s Riona is worth adding to your watchlist. It’s streaming at the same time on Showmax and is produced and directed by James Omokwe who also served as director for Ajoche.

Riona tells the story of a village under siege and a king who does everything he can to stop a dark prophecy from coming to pass.

Travel to Benin city in this intriguing drama that revolves around several powerful families. Dangerous secrets are revealed after Enakhe rises to fill the shoes of her late powerful father. The show is directed by Victor Sanchez Aghahowa who was also behind several award-winning shows like Hotel Majestic and Hush.
Enakhe stars Alex Oisfo, Ivie Okujaye, Lota Chukwu, and award-winning director, Lancelot Oduwa Imasuen.

If you’ve been sleeping on Halita, now would be a good time to check it out. Halita tells the story of a poor village girl who ends up working in the Zamani household as a maid but soon finds herself in the center of the Zamani family drama. A huge fan favorite, “Halita” parades a young, engaging cast whose chemistry shines through the screens. Both seasons are now available to stream on Showmax. Get binge-watching.

The show may be over, but you can always go back in time and relive the excitement. From the launch show to the Head of House games, nomination shows, and daily recaps, catch all the highlights from the Big Brother Naija lockdown season on Showmax.

E.V.E is a legal drama series which tells the story of Ezinne Veronice Ezenwa (E.V.E), a young, idealistic lawyer at a top Lagos law firm, Eagle Crest, as she navigates her way through office politics and chaotic personal life. Through her we get a glimpse into the often complicated Nigerian legal system as well as the overall political landscape.
The show stars Gloria Young, Eno Ebenezer, Jimmy Odukoya, Ufuoma McDermott, OC Ukeje among others.

Laugh things off in My Flatmates, arguably Nigeria’s longest-running comedy show. As the name suggests, the show tells the story of a group of friends living together, and the hilarious antics they get up to.
My Flatmates was created by Basketmouth who also stars on the show. It also stars comedians, Okey Bakassi, Wofaifada, former Mr. Nigeria Emmanuel Ikubese among others.

Parading an all-star cast including Sola Sobowale, Nkem Owoh, Sharon Ooja, Jemima Osunde, Timini Egbuson, and more, Tough Love is a Nigerian family drama that explores the struggles of women in a patriarchal society through childhood friends Debola and Chinonye and their mothers.

Not only is there a 14-day free trial, but the mobile subscription for Showmax only costs N1450 p/m.

5 Must See Black Looks From The Òlòtūré Virtual Premiere