Veteran singer, Innocent Ujah Idibia, known by his stage name 2Baba, has threatened his colleague, Ọlawale Ọlọfọrọ better known as Brymo  with a N1b defamation lawsuit over the allegation levelled against him.

Glamsquadmagazine reported that The ‘Ara’ singer had, in a lengthy Twitter rant on Monday, October 4, 2021, claimed that 2Baba “falsely” accused him of sleeping with his wife.

The songwriter also alleged that he was attacked by men loyal to the ‘African Queen’ crooner over reasons that weren’t precisely established.

In response to his allegation, 2baba directed his lawyers to demand that Brymo tender an unreserved apology for his claims on all his social media platforms or face a N1bn defamation lawsuit.

Responding to the letter, Brymo shared the screenshot of the lawsuit on his Twitter page, Brymo remained adamant, insisting that 2baba’s lawyers should go ahead with the lawsuit. 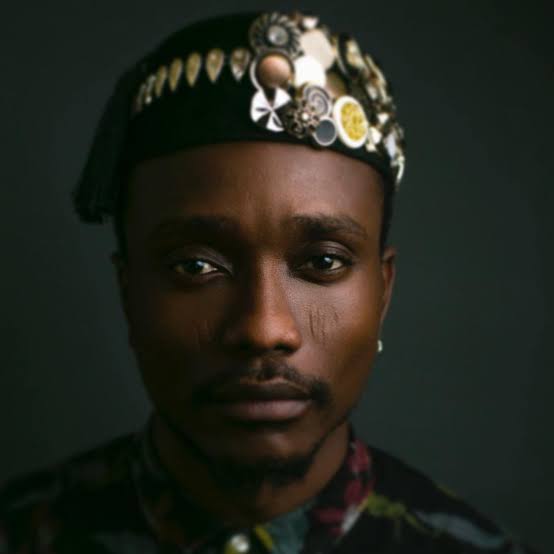 Brymo wrote, “I have received this from Innocent Idibia’s lawyers, or so it reads… I’ll advise they go to court, as I insist on all my tweets asserted… they are not “nonsense”. 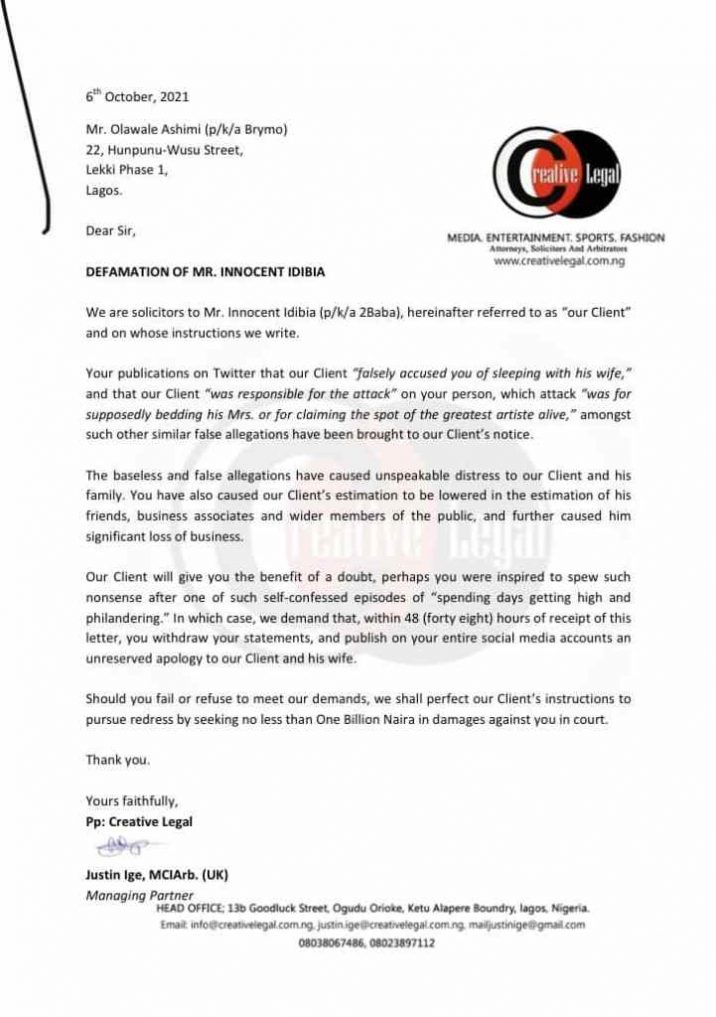 The letter sent to Brymo titled DEFAMATION OF MR. INNOCENT IDIBA and dated October, 6 2021 reads: “We are solicitors to Mr Innocent (2baba), hereinafter referred to as “our client” and on whose instruction we write.

“Your publication on Twitter that our Client “falsely accused you of sleeping with his wife,” and that our Client “was responsible for the attack” on your person, which attack “was for supposedly bedding his Mrs or for claiming the spot of the greatest artiste alive,” amongst other similar false allegation have been brought to our Client’s notice.

“The baseless and false accusation has caused unspeakable distress to our client and his family. You have also caused estimation to be lowered in the estimation of his friends, business associates and wilder members of the public and further caused him a significant loss of business.

“Our Client will give you the benefit of the doubt, perhaps you were inspired to spew such nonsense after one of such self-confessed episode of “spending days getting high and philandering.”

In which case, we demand that within 48 hours of receipt of this letter, you withdraw your statements, and publish on your entire social media accounts an unreserved apology to our Client and his wife.

“Should you fail or refuse to meet our demands, we shall perfect our client’s instruction and pursue redress by seeking no less than one billionaire naira in damages against you in court.” 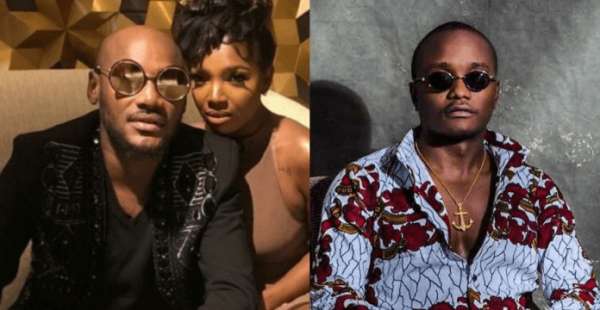 Meanwhile Innocent Idibia had been in a crisis with Annie Idibia, his wife, who called him out for spending time with a baby mama.