Nigerians are known to be hustlers irrespective of where they find themselves. And our celebrities are not excluded as most of them have other businesses while still maintaining their celebrity status.

For ages, celebs have been the most influencers of fashion trends and anything that becomes cool to wear or luxurious.

Some prominent Nigerian celebrities have launched their respective fashion clothing lines on social media. Some of them have taken it even further by launching their fashion brand. 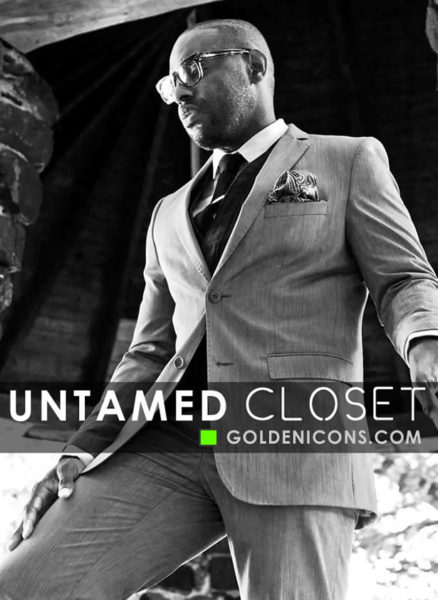 Let’s takes a look at some Nigerian celebrities with fashion lines.

These set of celebrities have affordable and fashionable collections, and they leverage their social media followers, influence and celebrity friends to promote their clothing line.

Genevieve Nnaji is a Nigerian film producer and actress. In 2014, she established her own apparel brand, St Genevieve Brand, in collaboration with Nigerian e-commerce giant Jumia.

With her collection, Genevieve Nnaji has done nothing but integrate her unique flair into making stunning dresses for women.

In 2014, the most well-known dancer and mother announced the debut of her clothing brand, Yanga, on Twitter. So, I hope your ambitions of becoming an entrepreneur haven’t been dashed.

The veteran rapper and United Nations Peace Ambassador launched his line naming it after his birthday.

Regina Daniels is a social media influencer and Nollywood actress. She just established her own apparel brand, Regina Daniels Fashion.

She offers jumpsuits and dresses in her line, and with her famous position as an influencer and the backing of her friends and followers, she will be able to establish a viable company.

Gcb Empire is Belinda’s fashion label. Her style is unique since she incorporates a lot of African patterns into her clothing.

In 2015, the Nigerian rapper discussed his intentions to launch a clothing brand called ‘Beard Gang.’ He vowed to make the brand the most sought-after clothing brand in Nigeria for men, women, and children.

7. Be Naya by Beverly Naya

Beverly Naya is also a top Nigerian celebrity in the Nigerian film business.

Beverly Naya established her own fashion brand, Be Naya, on April 17th, 2021. Her line is made up of Ankara items that are both gorgeous and trendy.

Obafemi Martins, a professional Nigerian footballer, started the clothing line in 2015. The apparel line, which is available through his official website, is available in a variety of sizes and caters to men, women, children, and even newborns.

Lilian Afegbai is a television personality and Nollywood actress. Lilly’s Secrets is her clothing brand. Her line focuses on beachwear, shapewear, and athleisure ensembles.

In 2018, Nigerian rapper, Olamide launched his fashion line called Baddo Unlimited. He has proved to us that apart from being good in music, he has great Entertainment skill.

The Nollywood actor and musician launched promotional pictures of his clothing line which is said to have hit the Nigerian Market.

Mocheddah debuted her much-anticipated clothing brand (Mocheddah Clothing) in 2016 with fresh ready-to-wear designs that make a statement on fun, classic, and, most importantly, affordability. The limited-edition collection’s items are named for her mother, Bolanle.

Anita Natacha Akide, who is more commonly known as Symply Tacha, a former Big Brother Naija housemate, established her own apparel brand called NLNT, which stands for No Leave No Transfer, in 2019.

International model and winner of Miss World 2001 launched a store/showroom for her new denim line AD by Agbani Darego in 2013.

Winner of BBNaija 2019 Mercy Eke Unveils M&M Luxury Clothing Line According to her, this is a dream come true because fashion has always been a love of hers. Mercy dedicated the costume to every young queen with huge terrifying ambitions and encouraged them to keep going.

Popular Nigerian artiste, Wizkid launched his jersey line in collaboration with the international sportswear brand, NIKE. The Starboy jersey sold out 10 minutes after it launched.

Tolu Demuren, an on-air personality and brand influencer, debuted her lingerie and shapewear line in mid-2018. The curvaceous mediapreneur is also recognized for encouraging plus-size women to feel confident in their own skin.

At the grand finale of the 2016 Africa Fashion Week Nigeria, Yemi Alade made her debut as a clothes fashion designer, exhibiting the first collection from her fashion company House of Tangerine (H.O.T).

She collaborated with Iconic Invanity’s diffusion brand D.N.A and performed live performances of several of her hits following her initial release.

Here Are Some Of The Top Hair Manufacturers In Vietnam

How To Get Rid Of Phone Addiction