The interim forfeiture of houses and cars linked to Obinwanne Okeke, also known as Invictus Obi, who was described by the Economic and Financial Crimes Commission as “a strong leader of a cyber-crime syndicate that specialized in business e-mail compromise,” was ordered by Justice Peter Lifu of the Federal High Court in Lagos on Friday. 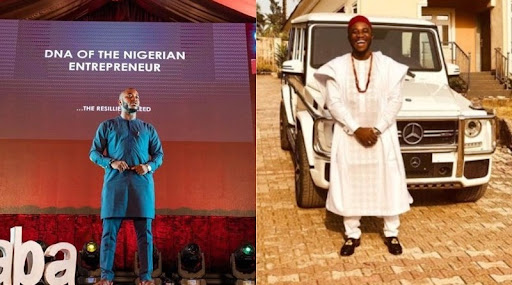 Obi was arrested in the United States of America over an alleged $11million cyber fraud and sentenced to 10 years in prison.

The Federal Bureau of Investigation detained him after he was named as the mastermind of a cybercrime gang that scammed some Americans of $11 million “via bogus wire transfer instructions in a vast, coordinated corporate e-mail breach operation.”

An operative of the EFCC, Usman Abdulhamid, said in an affidavit filed in support of the ex parte application, that, “On further investigation by the commission, two more properties were traced belonging to the convict, along with two vehicles parked in the residence. This application is pertinent to restitute the victims of the fraud through the United States of America Consulate.

“This matter is of very urgent public interest and concern as it directly tarnishes the image of the Federal Republic of Nigeria and Nigeria among the comity of nations.

“The properties sought to be forfeited to the Federal Government of Nigeria by the applicant were not procured through legitimate earnings of the respondent but are reasonably suspected to be part of the fraudulent activities which the respondent has been convicted for.”

Justice Lifu, after listening to the argument of the EFCC counsel, Chineye Okezie, held that the application was meritorious and subsequently ordered the interim forfeiture of the houses and vehicles.

He said, “I have listened to the submission of the counsel to the applicant vis-a-vis affidavit filed in support. I hold in my considered view that this application is meritorious and ought to be granted. Consequently, this application is hereby granted as prayed.”

Justice Lifu granted the order and ordered the EFCC to publish the temporary forfeiture order in a widely circulated Nigerian newspaper within 14 days. He also adjourned the case until November 30 to allow any interested party to appear before him to show cause why the order should not be made permanent.

Instagram Adds Clickable Links to Stories | Here's How to Do This

0
Ifeanyichukwu Ngere November 1, 2021
No Comments Yet