The past weeks have been very chaotic and dramatic for Nigeria as youth took to the streets to protest against alleged police brutality, corruption and extortion in the country.

Tagging it the #ENDSARS Protest, the youth requested that the Special Anti Robbery Squad unit of the Nigeria Police Force be scrapped following their unprofessional behavior.

From Lagos to Ibadan, to Port-harcourt, to Abuja, Kano, Kaduna, Enugu, Anambra and other states of the country, the Youth came out in their hundreds of thousands to support the movement.

However, it’s worthy to note the celebrities that used their platforms to amplify the struggle. 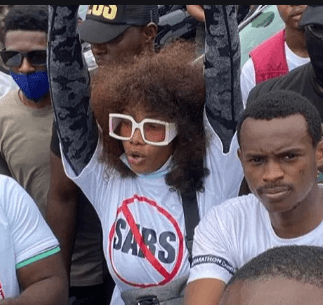 The Big Brother Naija reality star lend her voice and used her highly engaging platform to amplify the struggle.

Her ever supportive fans (Titans) didn’t let her down as they paused their daily trending of the Rivers born serial entrepreneur to help tend the #ENDSARS tag on micro blogging platform, Twitter.

Tacha then won the hearts of many after she flew from Lagos to Port-harcourt to join her people despite Governor Wike’s ban on all protests.

The Lawyer and singer’s input to the struggle can never be overemphasized. Falz is known for using his music to preach against corruption and corrupt practices in Nigeria.

Falz joined the protest and used his over 4 million followers social media platform to support and amplify the struggle. 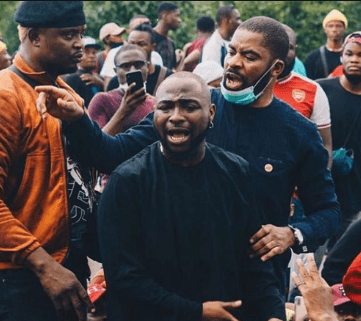 The ‘Fem” crooner was also at the fore front of the protest.

The father of 3 flew down to Abuja to protest at the police headquarters. Davido was even given an audience by the IG of police.

It’s worthy to note that Runtown is the first celebrity who called for the peaceful protest and appeared for it.

Before he did, Naira Marley and Tuface had called for it but backed out a day before over alleged threat from the Nigerian security agencies.

Runtown stood by his words and protested with the people. 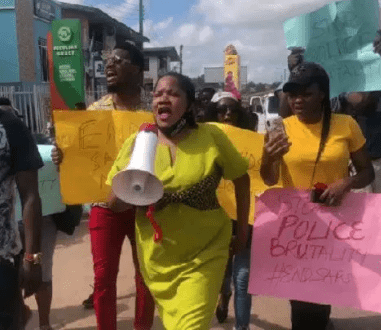 After she was called out and dragged on social media by Nigerians for promoting her movies while the ENdsars protest went on, the actress and mother of one took to her social media to share photos and videos of herself and other women chanting and protesting on the streets of Lagos. 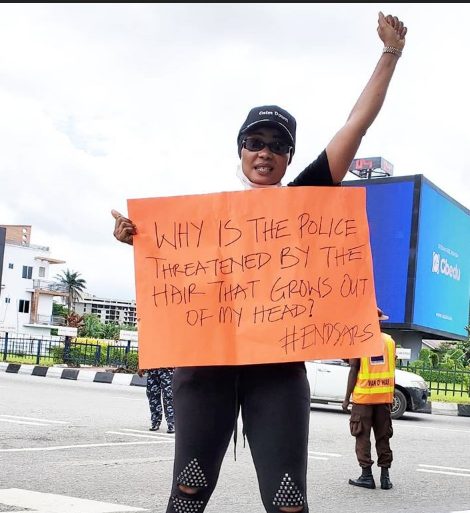 The talented actress and single mother of two was spotted on the streets as she protested with Nigerians.

Iyabo has also come out cry about campaigning for APC and PDP in the past elections. She swore on popular micro blogging platform, Twitter, Never to campaign for any member of the parties again. According to her, they are all the same. 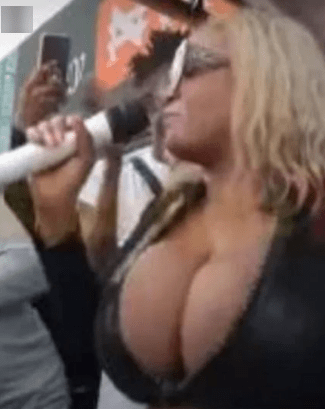 The controversial actress, Pole dancer and singer was seen wiggling her breasts at the protest ground of Lagos.

Cossy took her birthday celebration to the protest in order to “Make the youth happy”.

The Instagram comedian and actress did not only join the protest but also provided food from her restaurant “Just Afang”, to protesters on ground.

The mother of two and fashion influencer who recently returned from the UK joined the protest with her embattled friend, Lillian Afegbai. 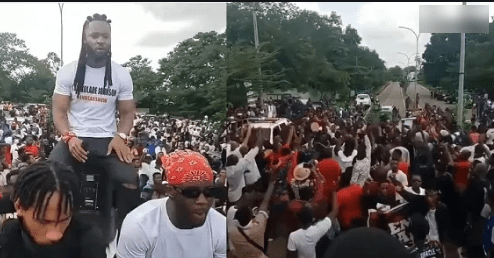 Phyno and Flavour led the Enugu protest which almost landed them into trouble, as one of the Enugu state Governor’s aides, did a huge billboard, asking them to go back to their state of Origin (Anambra) to stage their own protest.

Despite the cal out and threats, the duo didn’t back down as they continued to protest.

Others who did amazingly well too include but are not limited to ; Tiwa Savage, Toke, Don Jazzy, Alex Unusual, Mercy Eke, Erica Nlewedim, Frodd.

Davido's fiancee Chioma gets tattoo of their son's name (Photo)

Crypto Should Be Taught In Schools–NYC Mayor-Elect